Okay, okay, I know Brütal Legend is apparently short and all, but it only came out a week ago! One week–and already, someone’s made a damn cake for it. Listen, guys. The bakers are making the rest of us look incredibly lazy. We’ve got to do something about it (right after we gaze upon this wonder of confectionery goodness). 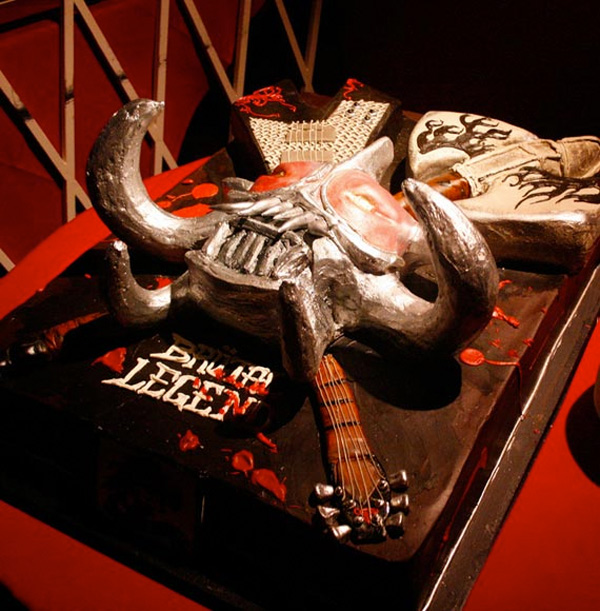 All that’s missing is a little Judas Priest blasting through the decorations on top. How awesome would this cake be if that doubled as a speaker? Then again, it’s probably edible. That may just be better.

EA’s Brütal Legend is racking up some rave reviews from the critics, but none quite so sweet as this cake, I expect.