Modern Warfare on the Xbox 360 (Literally)

Modding master EvilDan is the only person who would dis this Modern Warfare 2 mod. On his deviantART page, he says he’s not thrilled with it. Why? Beats me. Must be a case of maker’s melancholy. 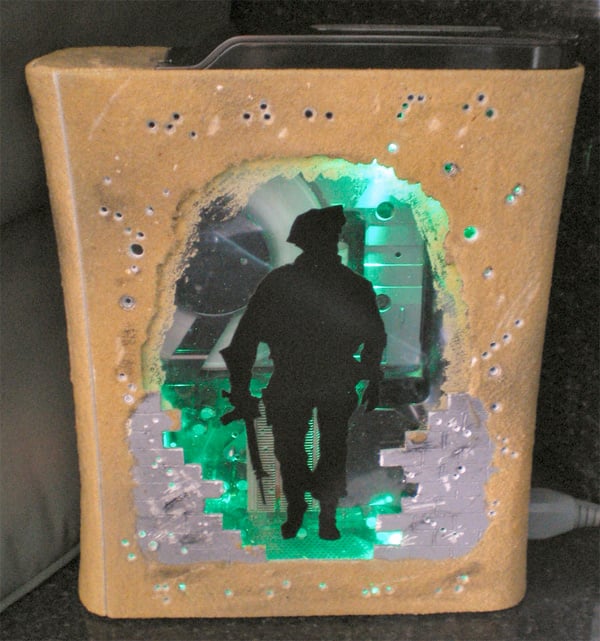 Yeah, see, while this isn’t quite as elaborate as some of EvilDan’s mods, it’s still pretty incredible, with that peekaboo case and the silhouette. The other side looks good, too. Love that metallic paint! 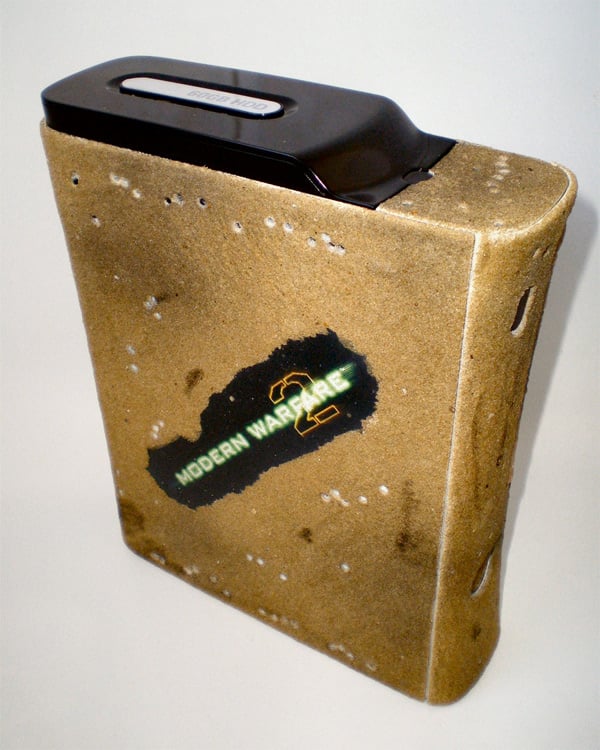 Anytime you’ve got textured bulletholes, you know you’re looking at a killer mod. I’m sure the friend–because EvilDan is a capital fellow who mods for his pals–is pleased as can be. I know I would be!