The man pictured below is Gay Wilkinson. What on Earth could he be doing? Well, let’s look at what we have here: two anvils, a fuse connected to lots of gunpowder, and a man who knows how to have a good time. In Wilkinson’s words: “We’re gonna launch some anvils.” 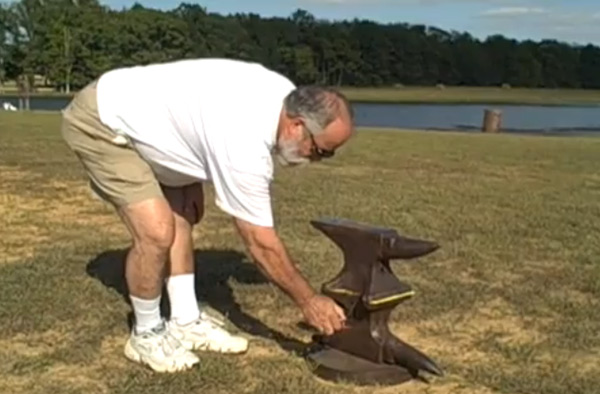 Wilkinson says he’s often asked by women why he does this. His reply? “It’s just neat, launching something that wasn’t intended to be launched.”

Straight out of a Looney Tunes cartoon. Let’s watch it again! Again! Again!