Dante Figure Writes Epic Poems, Then Rips Your Arms Off

This unpainted figure is supposed to be 14th century poet Dante Alighieri. Dante was a lot of things: creative genius, devout Catholic, a man in love, a man in pain . . . 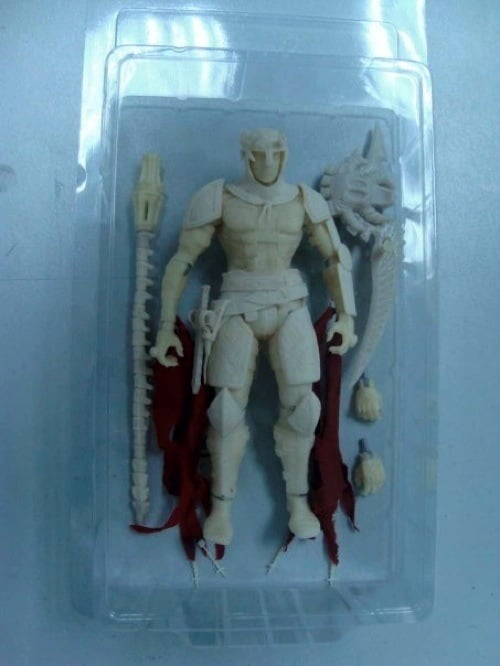 But he was certainly never a scythe-totin’, demon-slayin’ loose cannon veteran of the Crusades who doesn’t play by the rules.

I wish I were being facetious. In Visceral Games’ Dante’s Inferno, instead of lamenting over the death of Beatrice and writing some pretty epic poetry by the light of a fire, Dante – returning home from the Crusades – takes Death’s scythe and plunges into the Underworld to rescue Beatrice’s soul.

So it’s safe to assume that, as a student of English and Literature, I won’t be propping this interpretation of Dante up on my desk anytime soon. Not unless I want to totally ruin my scholarly cred. The worst part? The game, as a medium for play, is probably really fun. God of War-like. Too bad it’s dressed in disservice.

I’ll have a chance to play Dante’s Inferno at the Game X Industry Summit this weekend in Oaks, PA, so who knows. Maybe it will somehow, magically, offend less.