Now in all my research of the old Apple PowerMac G4, I can’t find anything in the spec sheets that mention a 49cc, 2-stroke petrol engine. I must have missed that part somewhere. As a matter of fact, this is the first Mac I’ve ever seen that measures its speed in MPH, not MHz. 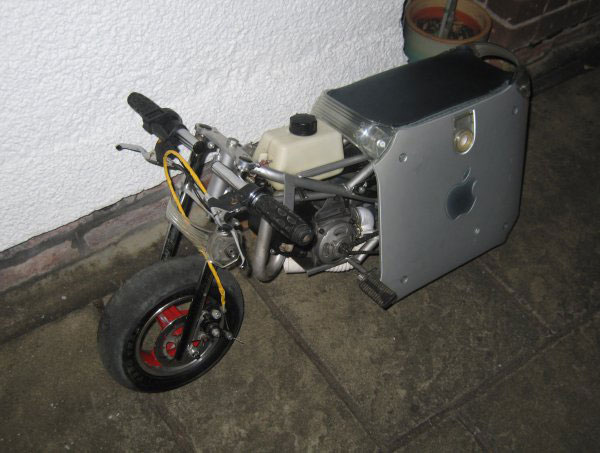 This ridiculous mod combines an old G4 with the guts of a tiny motorbike. The MOTO G4 “BURAN” can hit a top speed around 30+ miles per hour. It’s got front and rear disk brakes, and a windscreen made from a hacked up original Apple Pro keyboard. 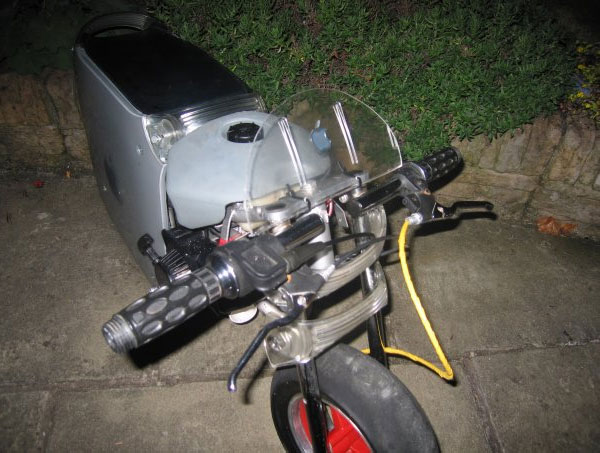 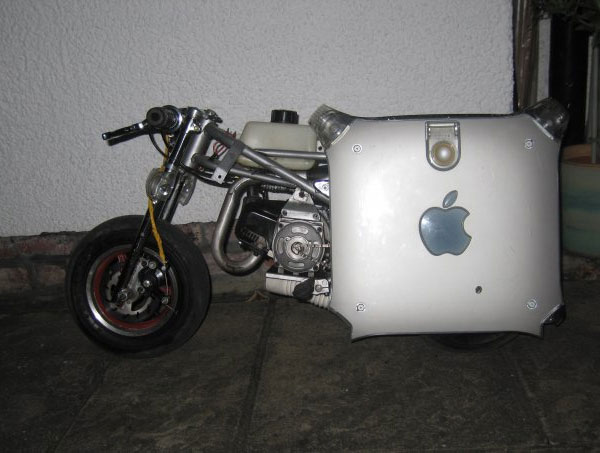 Unfortunately, they couldn’t figure out a way to keep the computer functional. I think it would have been cool if they figured out a way to do that, and mounted an LCD monitor into the handlebars. Maybe they can do that for the MOTO G4 2.0.