So you’ve got an old Xbox lying around the house and you don’t know what to do with it? Why not do like this guy did and float it in your fish tank? 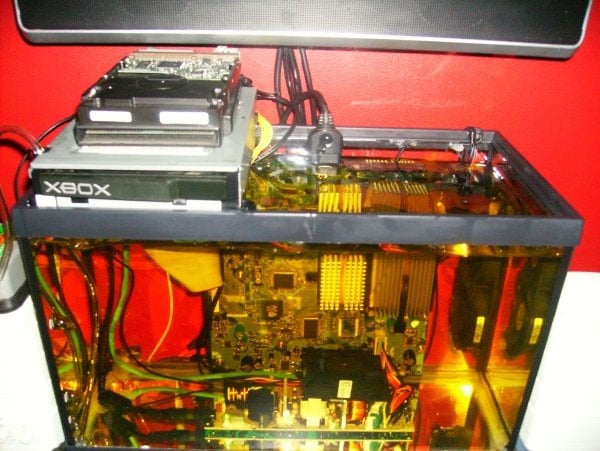 Yep, thanks to the non-conductive cooling properties of mineral oil, this submerged Xbox system still works as well as it did the day it shipped from Microsoft. As a matter of fact, the CPU in the aquarium Xbox actually runs a full 10-degrees (Celsius) cooler than it used to. The only thing that modder b-rad didn’t have the guts to immerse were the mechanical components like the DVD player and hard drive. I don’t blame him. 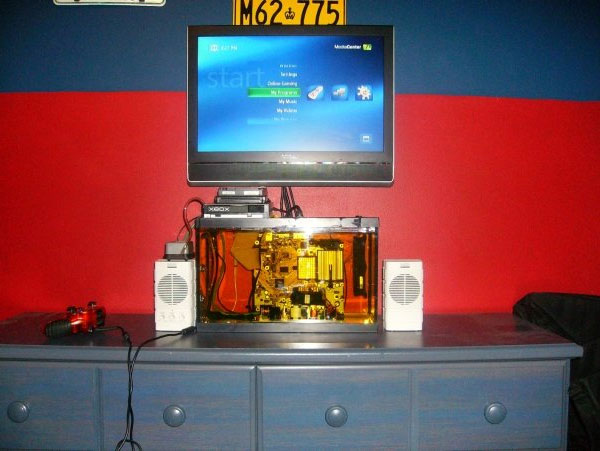 B-rad is still putting the finishing touches on his fish tank Xbox, and still plans to add a proper lid and some colorful LEDs before he calls it done. You can read all about it over on the Llama’s Game Console Forums.

Despite the science behind it, the fact that this thing works at all still amazes me.