Anything that starts out of a suggestion from Penny-Arcade’s Mike Krahulik & Jerry Holkins – aka Gabe & Tycho – is bound to be geeky, and this one is no exception. The duo visited the Entertainment Technology Center at Carnegie Mellon University and ended up chatting with a bunch of students that were using a Surface, Microsoft’s multitouch wonder computer. Says Krahulik: “After I was done doodling I started sketching out a game grid and we all got to talking about how you might be able to use this tech to play D&D. I drew out some rough ideas and Tycho and I gave them a wish list of things we’d want to see it do. Stuff like selecting spells from a menu around your figure and animates effects for attacks and auras. After we got home we received a mail from them saying they liked the idea so much they wanted to make it their next project.” 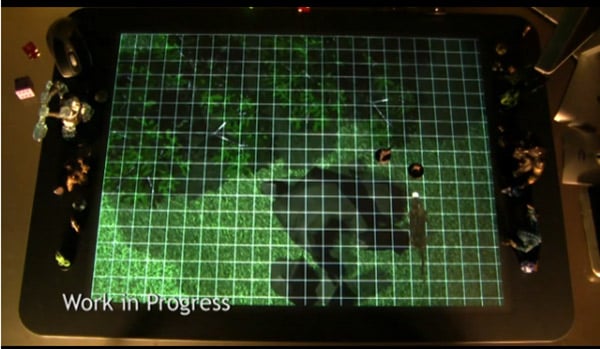 Months later, the students released a video with a proof-of-concept of the D&D-Surface mashup, which they named SurfaceScapes, including a look at how combat plays out.

[via Wired via Penny Arcade]