This unbelievable bit of geek art is purportedly the largest LEGO block statue of Mario ever created. It sure looks like it to me. And it’s definitely WAY bigger than this one. 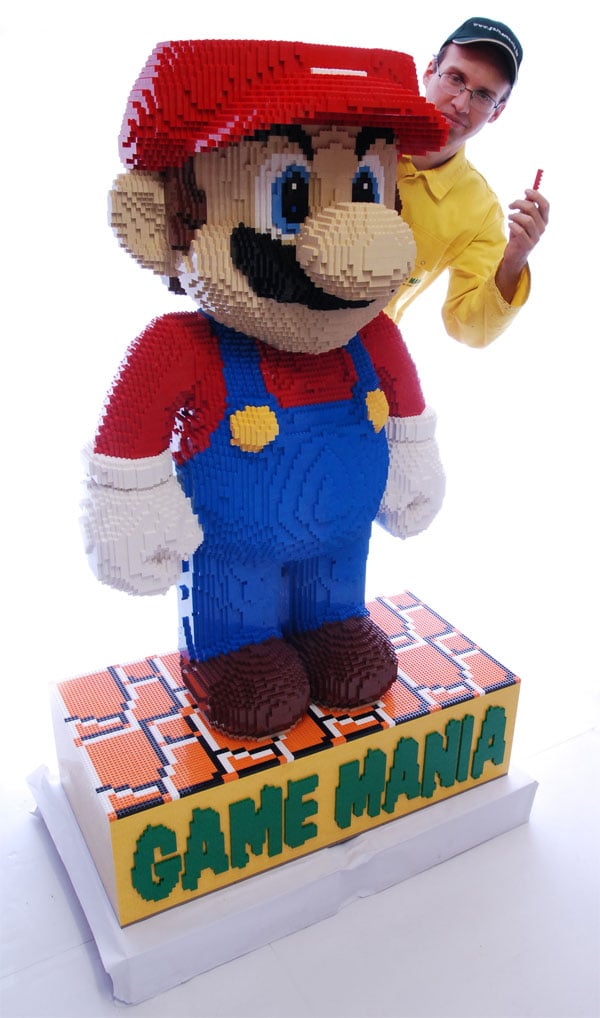 The mammoth LEGO Mario was created by Dirk VH, and is made up of over 40,000 individually placed bricks. All in all, Mario measures over 5-foot, 9-inches tall, and weighing in at over 110 pounds. That’s bigger than some people I know. And I know some small people! Check out the gallery below to see LEGO Mario as he came into being… 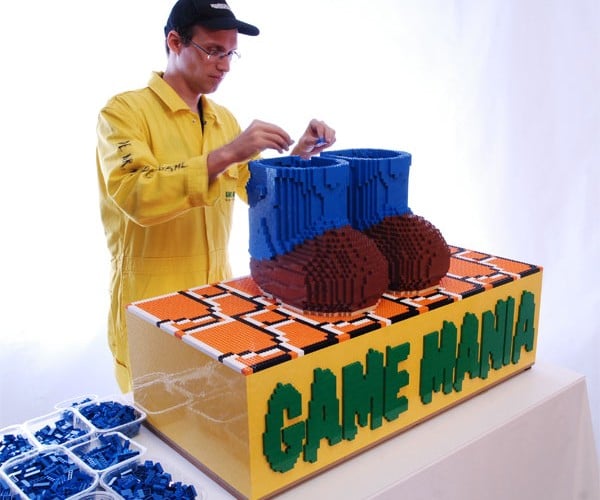 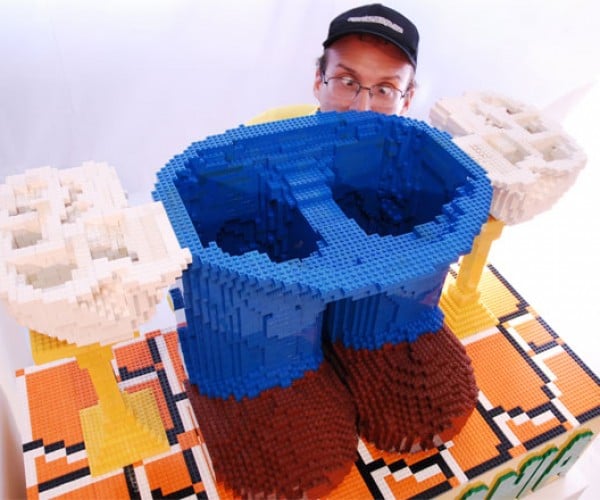 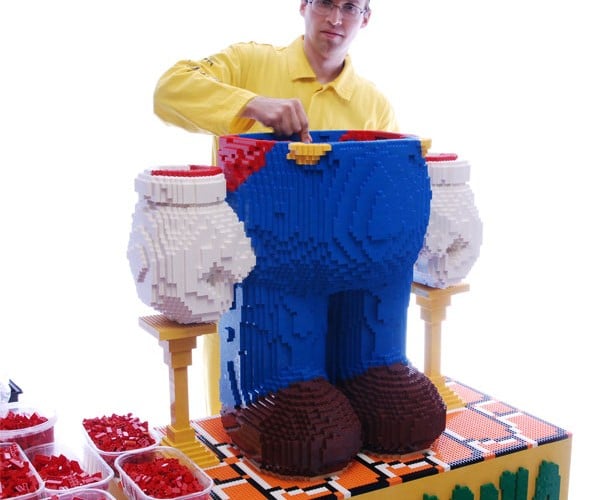 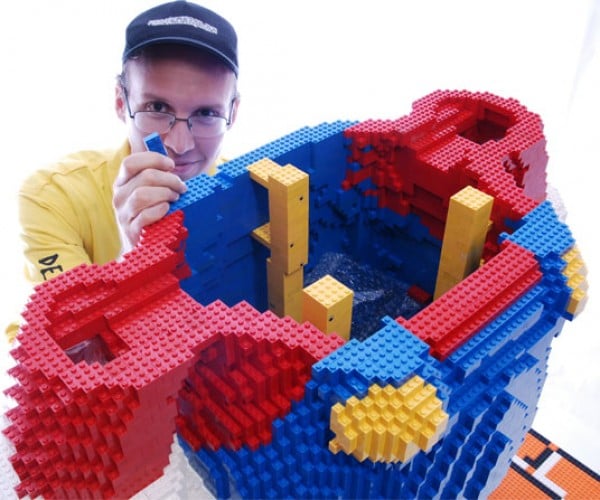 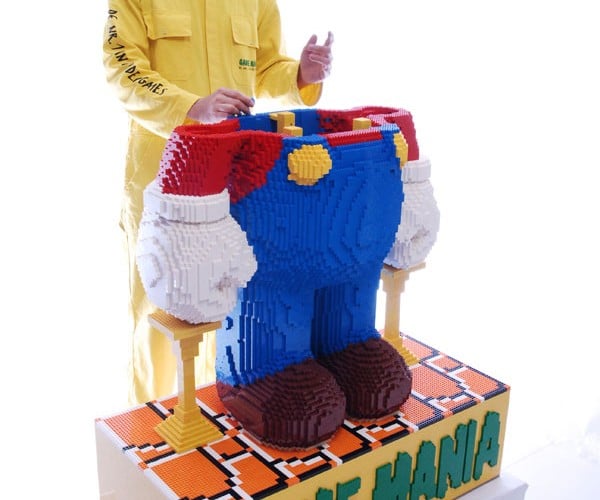 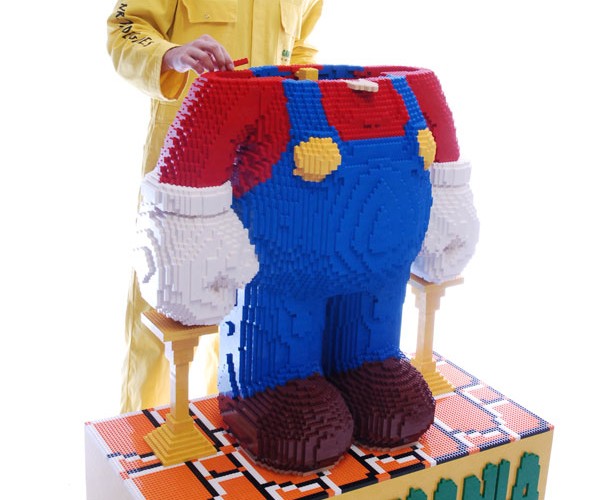 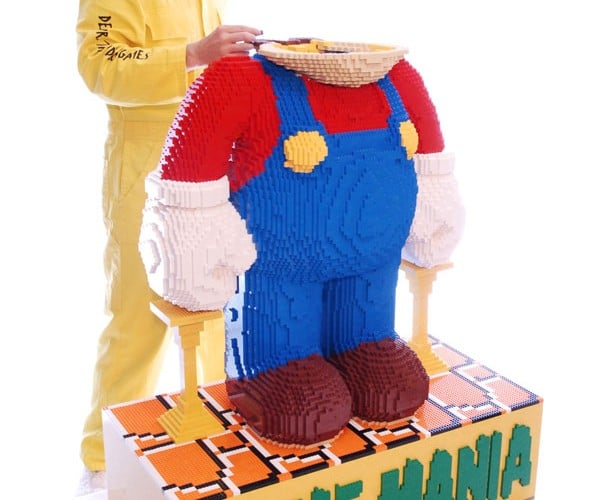 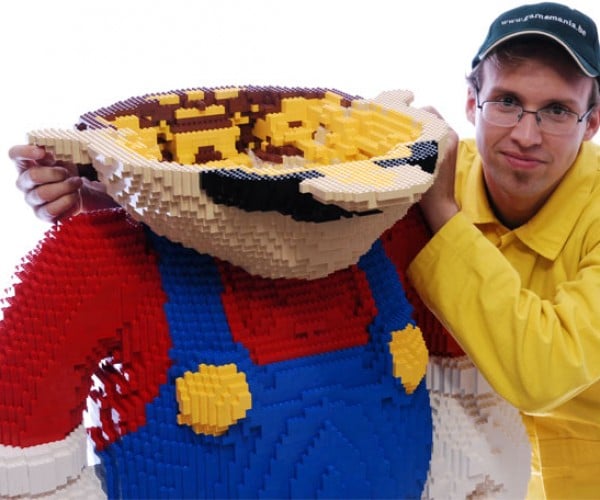 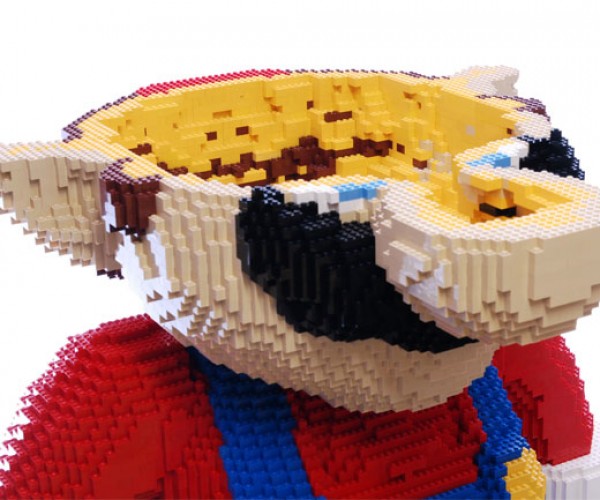 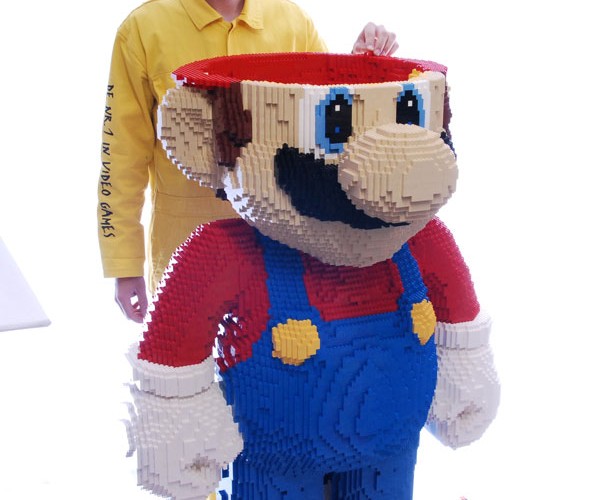 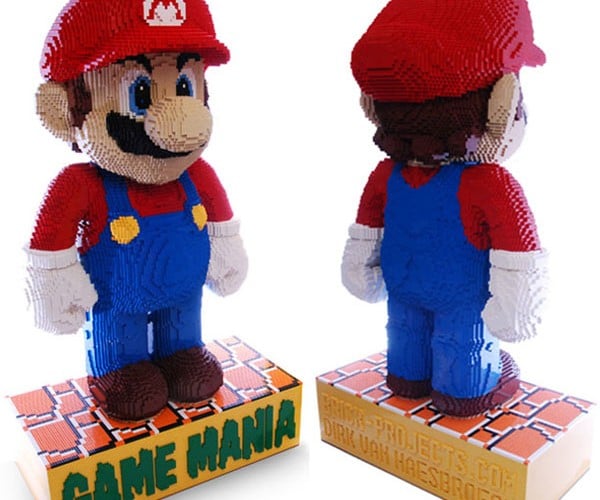 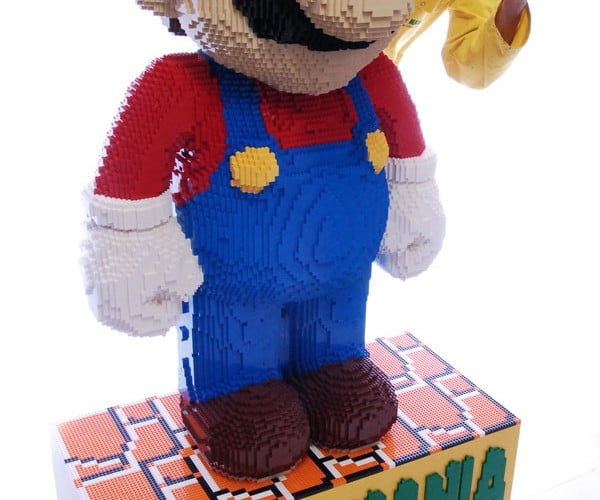 The guys over at Netherlands’ Game Mania commissioned Dirk to create this giant Mario for a good cause – The Ronald McDonald House. And all the bricks are glued together so you can actually count on Mario arriving in one piece. If you’ve got a ton of dough lying around, this amazing LEGO creation can now be yours, thanks to the charity auction going on now over on eBay.