HP’s new DreamScreen devices straddle the fine line between computer and digital picture frame. Like other digi-frames, you can view pictures without a computer. But with the DreamScreen, you can also wirelessly stream music, videos and photos from your PC or the Internet. 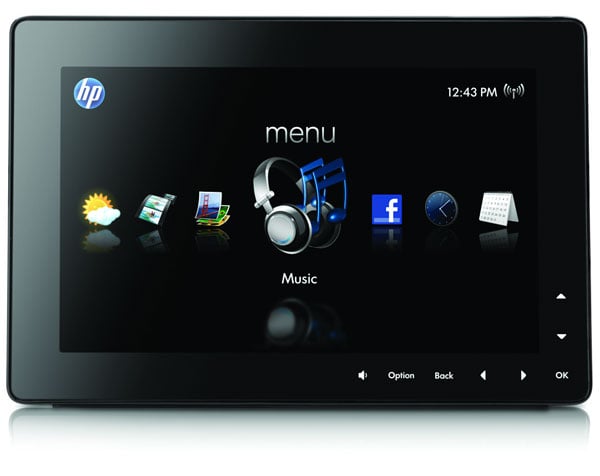 Each DreamScreen features a bright, high-resolution LCD color screen, and has built in speakers so it’s a completely self-contained media playback device. And if you don’t want to bother streaming media from your PC, the DreamScreen has a built in 6-in-2 media card reader and a pair of USB ports too. Video formats supported include MPEG 1, 2, 4 and H.264, while you can listen to audio in MP3, AAC, WMA and WAV formats. 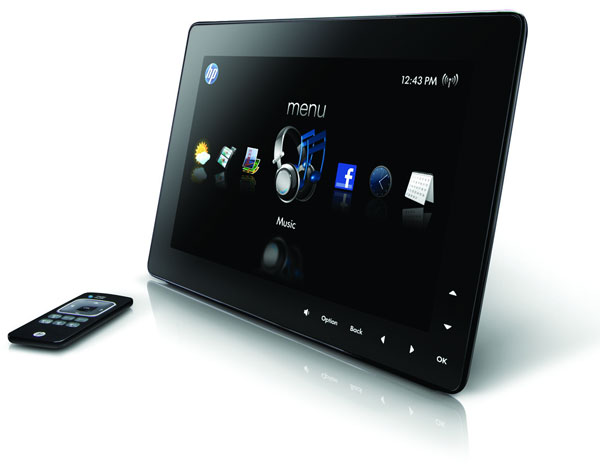 In addition to media playback, you can access Facebook and view updates without getting up from your chair. There’s also a slideshow integration with Snapfish, so you can upload photos to their site and view them on the DreamScreen. HP has also been kind enough to provide access to streaming digital music via Pandora, and HP’s own “SmartRadio” which aggregates Internet radio from around the globe. There’s also a built in calendar and alarm clock, so you might want one of these on your bedside table instead of a traditional alarm. There’s no word on future plans to roll out additional Internet services, but I’m hopeful HP will release more integrations in future.

The only major downside I can see to the DreamScreen is that it’s crying out for a touchscreen surface. For now, you have to navigate using the buttons along the sides of the screen, or using the included wireless remote. Hopefully, HP will make a touch-enabled version in the future. I also wish there were an open standard for widgets like there is with the Chumby.

for a few dollars less.