Inversion for Xbox 360 and PS3: It’S All About the Gravity

Now I’ve not been shy in saying that the Gravity Gun in Half Life 2 is my all-time favorite video game weapon. So when I heard about Namco Bandai’s new Xbox 360/PS3 third-person gravity manipulation shooter Inversion, my curiosity was definitely piqued. 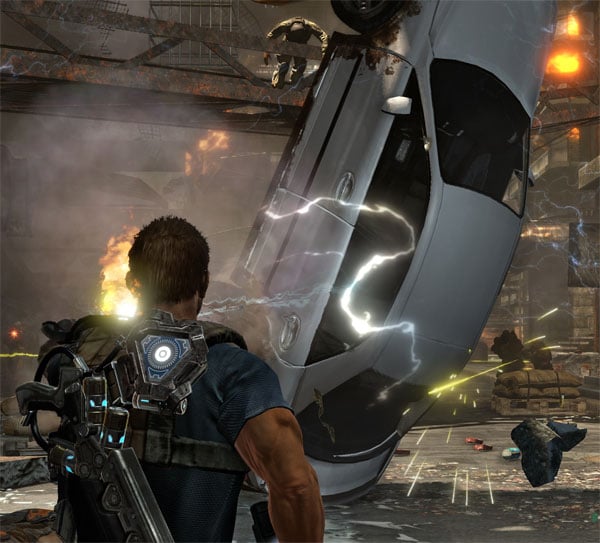 In Inversion, your primary weapon is the Grappler – which is like a Gravity Gun on steroids. Wielding the Grappler, you can move massive environmental objects, changing the landscape of the gameplay arena with a pull of the trigger. And while you can manipulate objects with your Grappler, you’ll also encounter zero gravity and other gravitational anomalies in the environment, which should make for some unique combat situations. You’ll also need to use your gravity manipulation skills to solve a variety of puzzles that keep you from reaching your objectives. 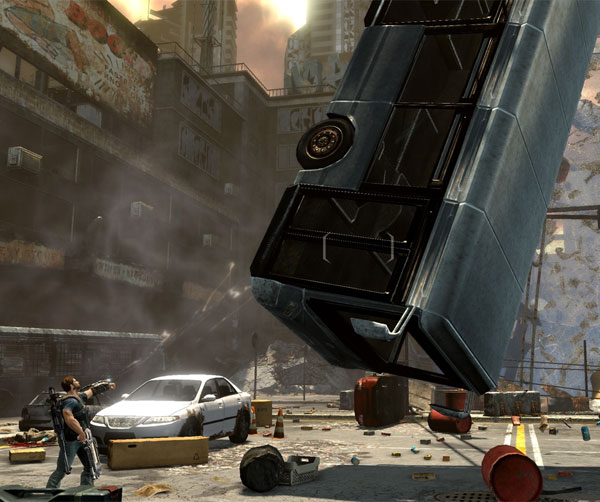 Think your opponent is crouching behind that bus? Just pick it up and move it out of the way. Or better yet, drop the bus on his head. Or just toss him aside like yesterday’s garbage. 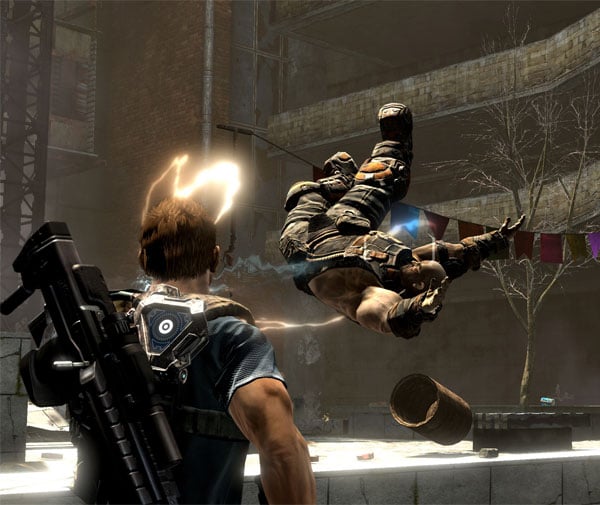 Inversion is also one of the first games to feature Havok’s new Destruction physics engine, which provides incredible destructible environments – woo hoo! The game is being developed by Saber Interactive – best known for the time-manipulation shooter TimeShift. 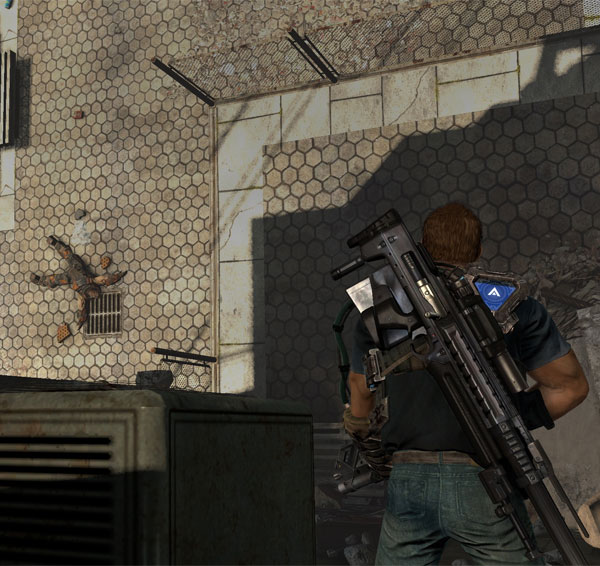 Expect Inversion to land on Xbox 360s and PS3s some time in 2010. Keep an eye out for this one. Just don’t try and hide behind anything. I’ll find you and drop a bus (or two) on your ass.