This odd little gadget from Japan is perfect for placing subliminal messages in the background of epic rock albums. It’s also good for recreating disturbing and surreal scenes from Twin Peaks and The Shining. 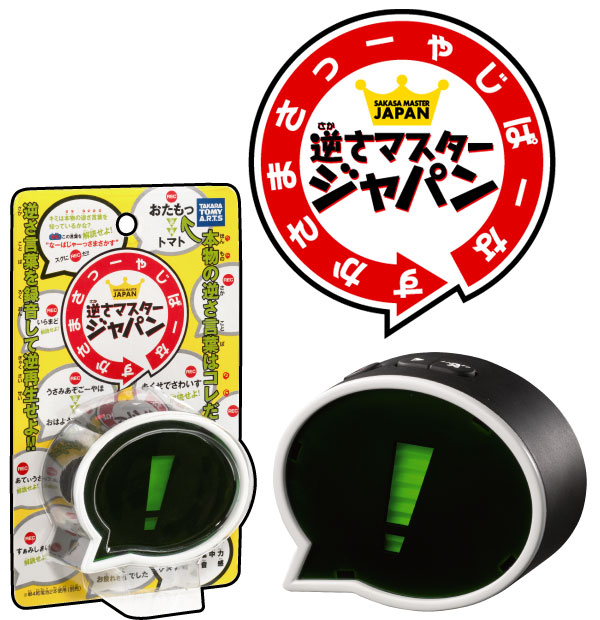 Even though the product description over on Strapya World says “The things you can do with this machine have no limits!,” from what I can tell, Takara Tomy’s Sakasa Master Japan Reverse Voice Recorder does just one thing – it records your voice and plays it backwards on-demand. That’s it. End of story. Why? Why the heck not?

I wonder if you say “REDRUM” into this thing that it really will say “MURDER”?