Air Board: the Rich Man’S Segway

If you think that the Segway is too expensive, you’ll probably be disgusted with the Air Board, a $14,000 (USD) personal hovercraft. Then again, it’s a personal hovercraft! The product page clarifies for us peasants that “hovercrafts are not just very unique and unusual gifts, they are actually available.” So we’re clear on that okay? Hovercrafts are real. They are actually available. 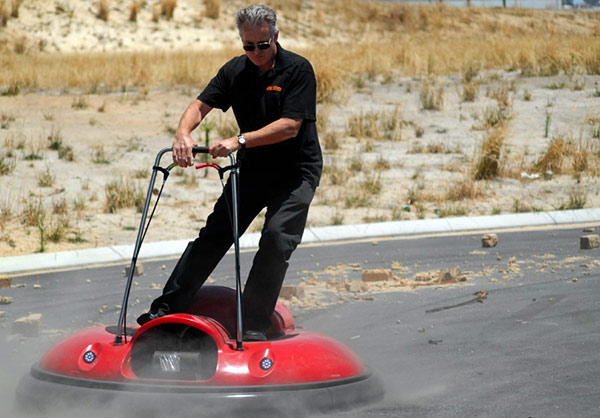 The Air Board floats about 8 inches off the ground. It can go as fast as 15 mph, and will last about an hour on 1.3 gal of gasoline. Two levers on the steering bar control the Air Board’s acceleration and brakes. The rider simply shifts his weight to turn. The Air Board also has a safety switch that kills the engine when the rider jumps off, so even if you’re hurled in front of it you won’t end up being sucked underneath. 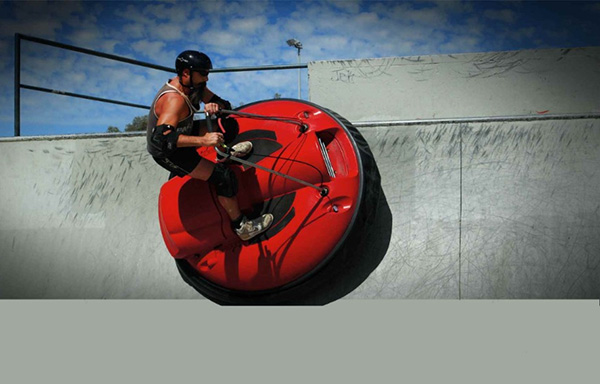 The Air Board can be driven “over concrete, asphalt, grass or shallow wet areas, but you cannot hover over water, sand, stones or dirt-filled areas due to the bottomside vacuum.” I found a video that was probably made by the manufacturer. It’s about a year old, and the Air Board used in the video is a prototype, so I guess that explains why some of the information given in the clip isn’t consistent with what I found.

The $14,000 Air Board is sold at the aptly named Opulent Items. It’s in stock, in case you’re interested.