Here’s a couple of fun games for Star Wars fans to play on their TVs. The guys over a Jakks Pacific (makers of all of those great retro TV game systems) have recently released two new standalone TV games from the Star Wars universe. 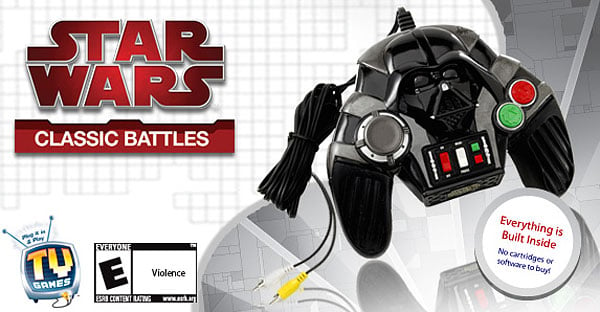 The first of the game systems is called Classic Battles, which features a controller that looks like Darth Vader. The plug-and-play game includes five Jedi-themed battle games, including ship flying, lightsaber wielding, and battle droid blasting among others. Keep in mind that most of these games look like they’ve been recycled from an earlier version of the system. 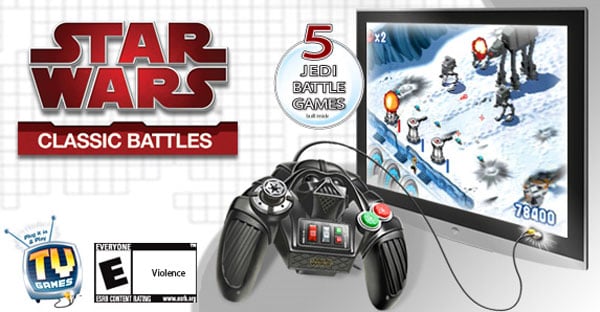 The second console is brand new and looks like a major improvement over the Classic Battles system. Republic Squadron, which consists of a series of flying missions, played with a unique ship’s yoke style motion-sensing controller that let’s you really get into the action. 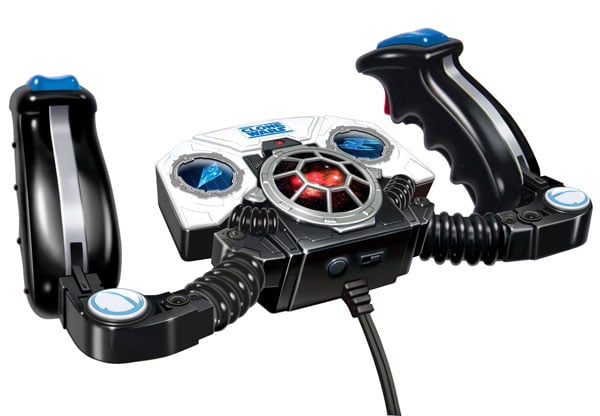 While Battles features mostly retro-style sprite-based games, Squadron appears to have graphics that look nearly as good as what you might find on a PS2 or Wii console. At least that’s how it looks from these screenshots. I haven’t had a chance to see the games in person. 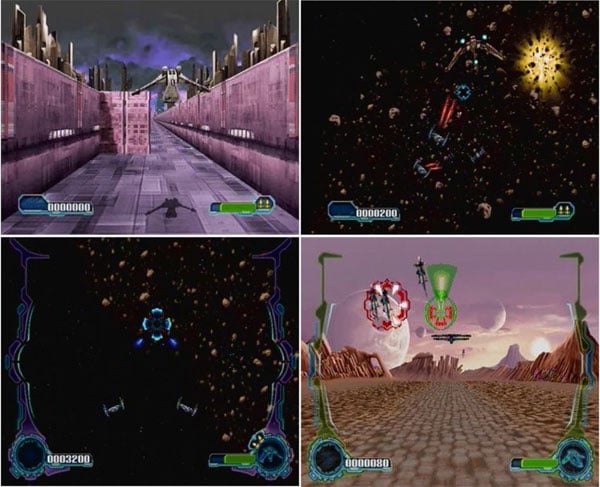