The YikeBike is a new electric transport vehicle coming from New Zealand. The compact personal transporter features an innovative design that can speed you along through city streets and country roads without ever requiring you to stand up. 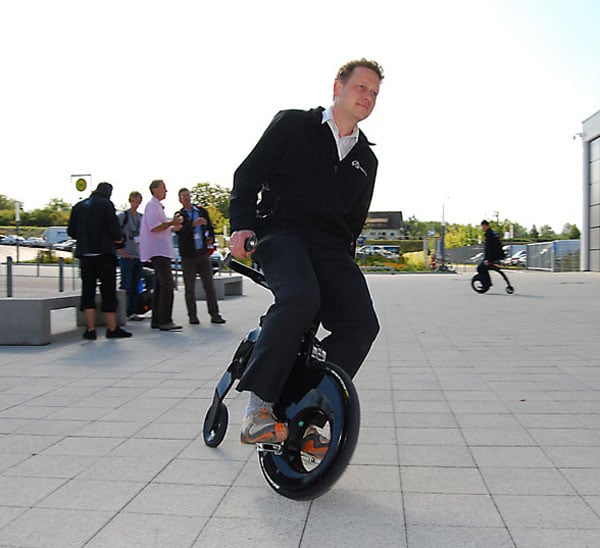 The sit-down electric YikeBike tops out at 20km/hr (appx. 12 MPH). An electric chainless drive powers the bike up to 10 kilometers (appx. 6 miles) on a quick 30 minute charge. While that’s not a ton of range, it’s certainly enough for most urban commuters to get to and from work. It’s also great for short haul travel from public transportation sites like trains and buses. 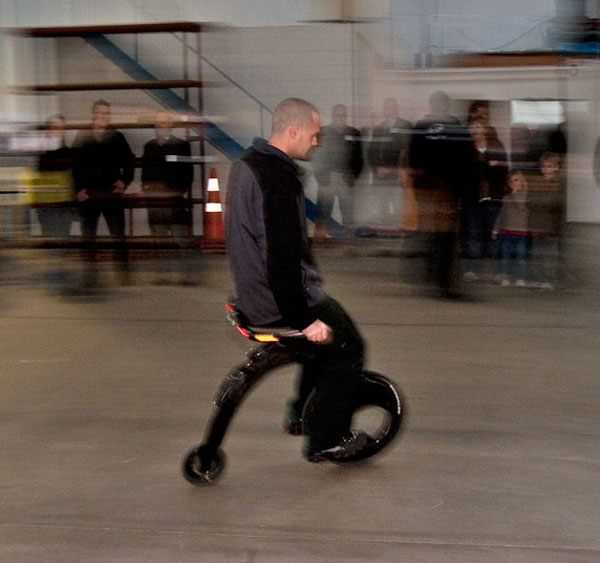 And thanks to an innovative lightweight folding carbon composite frame, you can carry the YikeBike up to your office during the day for a recharge (and to protect it from theft on the street). The whole thing weighs just 9.8 kg (appx. 21 lbs.) which means it won’t break your back carrying it around either. 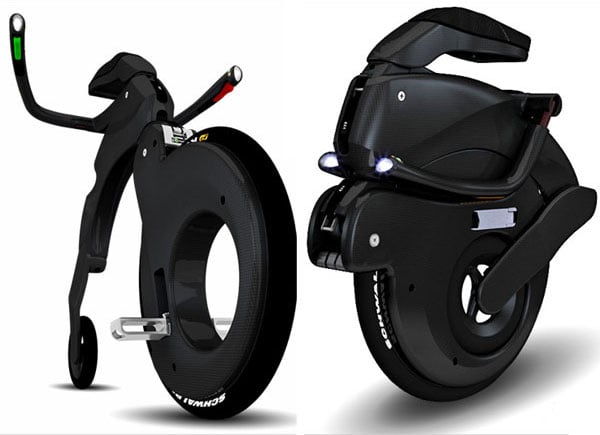 If you can get past the annoying song in this commercial, the YikeBike actually looks pretty cool…

Here’s a better (and far less irritating) video that shows off the YikeBike being put through its paces on a variety of challenging terrains. It’s surprisingly agile, given its unassuming looks.