Nintendo Dsi Ll Officially Revealed: Bigger on the Outside, Still the Same Inside

The rumors were right – Nintendo officially unveiled the DSi LL, which is basically a Nintendo DSi but with much larger 4.2-inch screens, a 93% increase over the 3.2-inch screens on the DSi. The DSi LL also has 2 pens, a relatively jumbo sized 5-inch pen and a smaller pen that’s still slightly larger than the touch pen on the DSi. The big N says that customers have long wished for a DS with a bigger screen. Did customers also wish for a five-letter product name that is not a word and has to be said letter by letter? 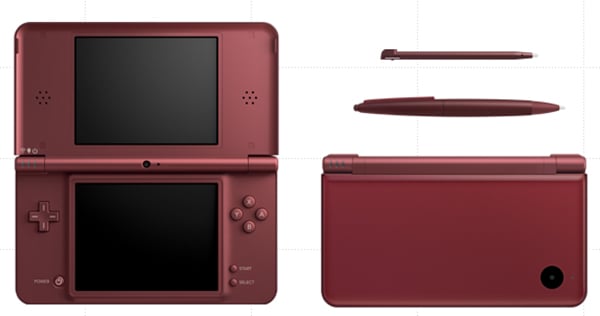 The larger screen makes the portable system more suited for  “for internet and as a music player as the larger screen is able to display letters and characters in a bigger font.” I don’t have a DS so I don’t know if the browser and the speed of browsing are okay or not. Whatever the case it’ll still be the same because the DSi LL’s innards are pretty much the same as the DSi’s. Here’s a side-by-side comparison of the DSi and the DSi LL, as seen on Nintendo’s website. 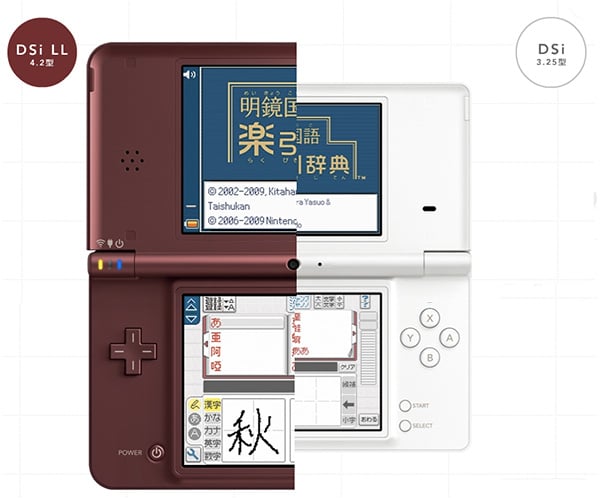 The Nintendo DSi LL will come in three colors: Wine Red, Natural White and Dark Brown, and will go on sale in Japan starting November 21 for ¥20,000 (appx. $220 USD). No release dates have been announced for other markets. So DS fans, are you happy with what Nintendo gave you?