Robot Plays Rockband on the iPhone, Drowns Music Out With Its Squeaky Fingers 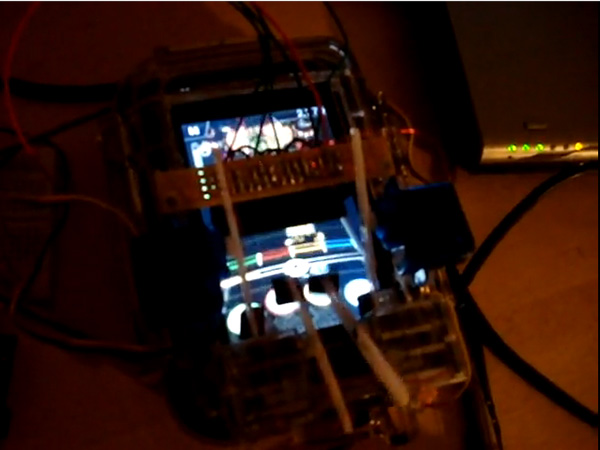 Here’s Bowers on his creation: “The light sensor sends data to an Arduino, which is waiting for a spike in the data. The Arduino runs the sensor data through some averaging filters, and sets a threshold for on and off.” 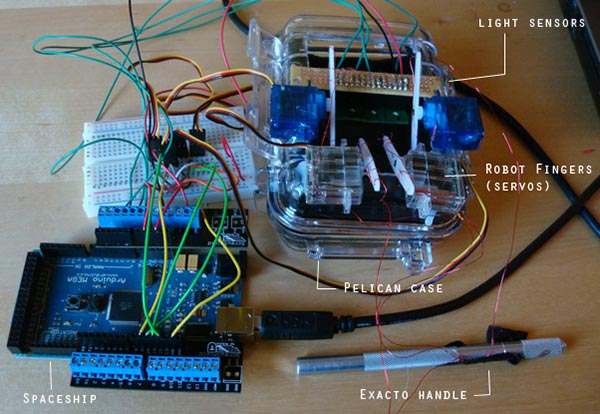 The robot’s fingers are servos, and its fingertips are made of copper wire embedded in foam. Everything was stuffed “into a modified Pelican case, with a lot of hot glue (non glittery)” and voila! A rockin robot that looks like an iPhone lobotomizer. Enough talk, let’s see it rock!

I can still hear the rhythmic squeaking.