I wish I could insert thunder & lightning sound effects to this post. For now let’s just use our imagination: Krakaabooom! The thread-deleting, commenter-obliterating, justice-dealing mythical meme finally finds its way into the real world! Artist/pioneer/blacksmith for a day Christopher Thompson has “conjured into existence the worlds only real Banhammer.” BANHAMMERRRRRRR!!! Ka-booom!!!

Staying true to it’s digital origins, Thompson made the banhammer using 3D printing. Thompson also says that it’s a “speldge” hammer. I don’t know what that is, so I’ll just assume that it’s the sound produced when the hammer is brought down on mortal flesh. 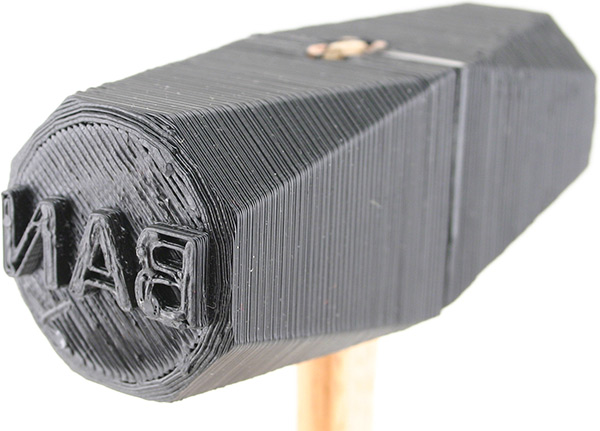 Thompson was kind enough to post instructions on making a banhammer, but if you’re not familiar with 3D modeling the instructions won’t make sense. Hey Chris, maybe you should try making a disemvoweler too.