NEC aims to overcome language barriers with the Tele Scouter, a system that will process spoken language and display a translation on a retinal display. To maintain the portability of the gadget, NEC split the Tele Scouter into three parts: an eyepiece, a small computer and a remote server. 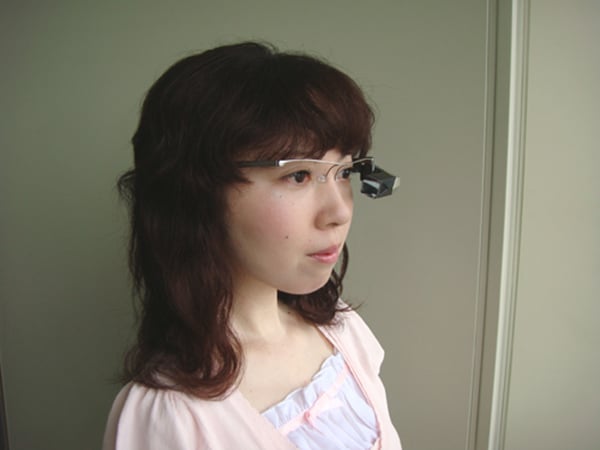 Aside from the display, the microphone used to pick up speech is also mounted on the eyepiece. The mic sends data to the small computer, which is meant to be worn on a user’s waist. The computer then sends the data to the remote server, which takes care of the heavy stuff, converting speech to text and finally translating. Then the translated text is sent back to the computer, and finally displayed in the eyepiece. The text is displayed on the user’s peripheral vision, so you won’t go wall-eyed trying to read the translation. 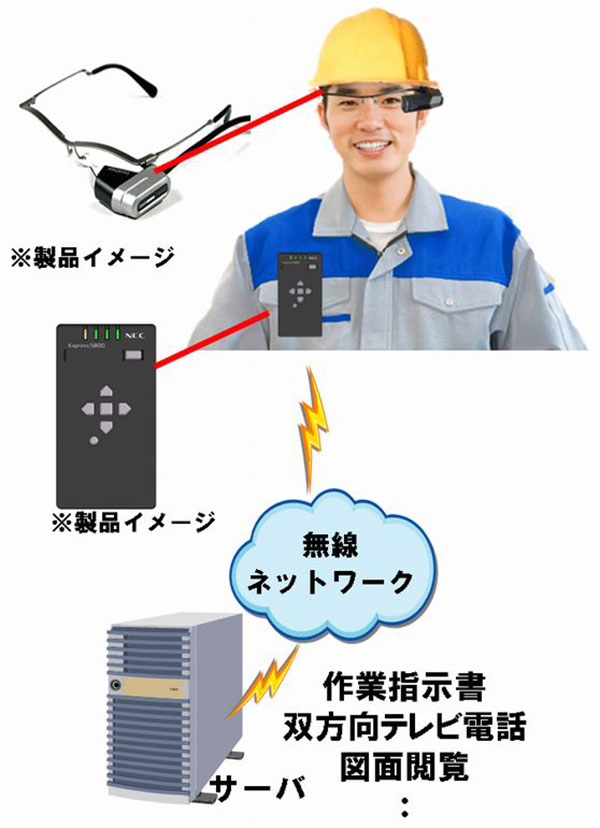 …or so goes NEC’s big plan. Currently the system’s translating capability is not be good enough for real world application, so for now the device is being promoted as a convenient means of looking at user manuals or guides for engineers or technicians to use while their working on something. And since it can receive data from a remote server, the Tele Scouter can also be used to send instructions to several personnel all at once, in real time.

NEC will begin selling Tele Scouter systems next year. I don’t know if it will be fully functional by then, but even if it did it’s not like we’ll be able to afford it: a set-up good enough for 30 users will cost ¥750 million (approx. $8.3 million USD).