The folks at Gamersyde were handed some footage of the opening minutes of the PS3 game 3D Dot Game Heroes, From Software’s upcoming homage to classic RPG/Adventure games. The graphics are really neat – it’s like everything is made of cardboard LEGO dot things. 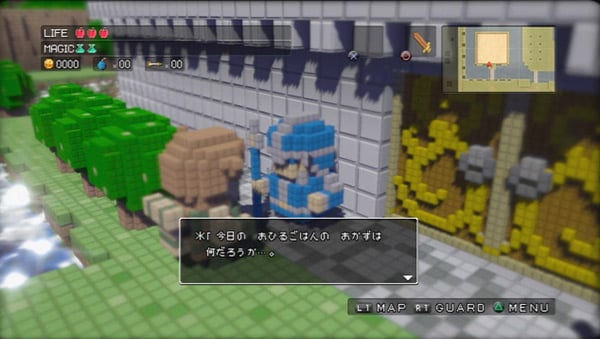 If you’ve seen the trailers before then you’re probably familiar with the graphics, but I believe this is our first glimpse at the HUD and controls of the game. Also, BIG-ASS SWORD! 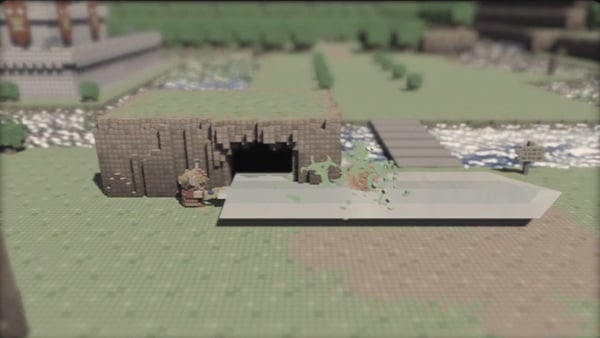 I don’t know why this dude and his MegaBastard Sword only appears at the very beginning of the game – although it seemed like whoever was playing could control Sir Huge Sword here, note that the HUD is absent – but according to 1UP‘s Kevin Gifford, players will be able to customize and  swing huge swords. But of course, even heroes have to start somewhere – here’s the puny little fight stick the king gives the hero as he starts on his quest: 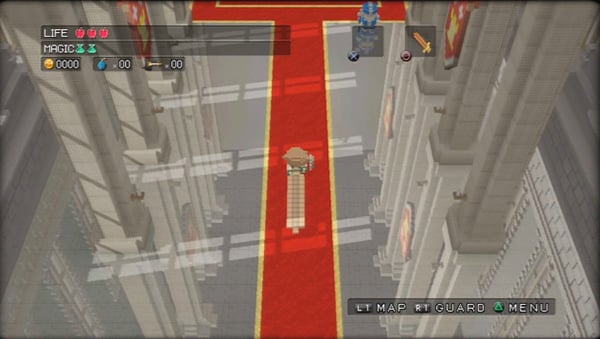 According to the same 1UP article that I linked to above, players will be able to choose from three archetypes – the Hero, the Prince, and the Adventurer. If you like none of those three, you can make your own hero, dot by dot, and even customize its animation. Going back to the footage, here’s the world map, which is very reminiscent of Link’s Map in the first Zelda, except that this one is pseudo-3D: 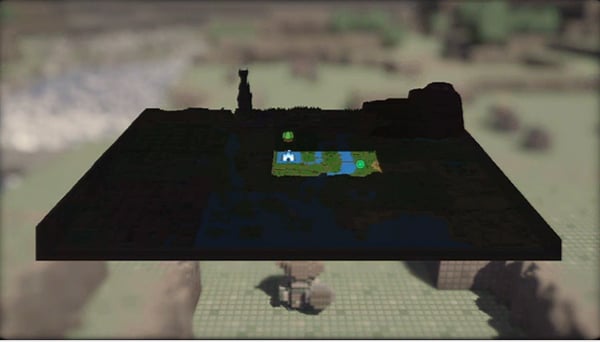 All in all, the game does have a very old school feel, but the cute graphics will probably lure in kids as well. Gamersyde is have bandwidth problems so they’ve disabled embedding for now, meaning I can’t post the video here, but all you have to do is go here to watch the high quality version, and here for the low quality one. You can also download the video if you want.  The Japanese version of 3D Dot Game Heroes just dropped this week; a North American release is coming, but we don’t know when exactly.