I’m not sure there’s much I can say about this Thundercats Xbox 360 that it doesn’t say for itself. I mean, sure, I can throw some adjectives around, but I propose instead a moment of silence, in which we all look about the might of this design (and possibly despair). 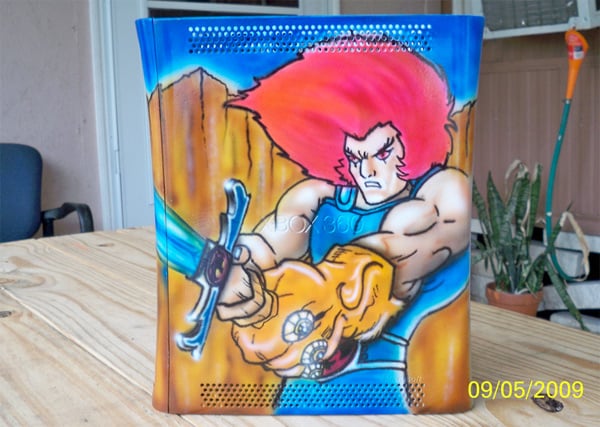 Look at those muscles! Look at that intensity! Surely the other side can’t be quite this badass, right? 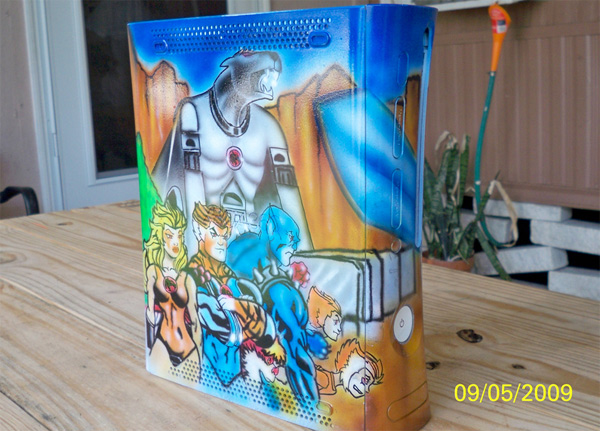 I’m pretty sad right now that this isn’t my Xbox 360. I’m pretty sure the only thing that’s better than this custom shell would be, say, an actual planet named Plun-Darr or something.

[via Xbox Freedom via Gamefreaks]