This interactive work of art uses 20 individual iPod Touches, tied together to produce synchronized visuals across all of the displays. 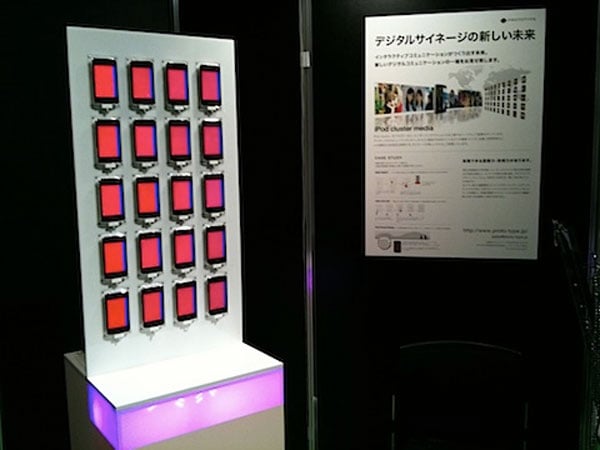 Created by Japan’s PROTOTYPE design team, iPod Cluster Media is an early proof-of-concept that stitches multiple independent iPod Touches into a hive-mind display wall. Each iPod Touch knows what the other one is up to, letting touch signals on one display influence all of the others. There’s even a remote-control iPod that can be used to send information to the display wall. Check out the video below to see some of the cool multi-multi-touch action:

The system can even send control information to an external interface (notice the synchronized LED base in the video). PROTOTYPE envisions that their creation will one day be used for interactive digital signage for tradeshows and other exhibitions. While the first version of the iPod Cluster display is formed from a grid of 20 individual iPod Touches, but from the looks of this image, these guys have much, much bigger plans up their sleeves: 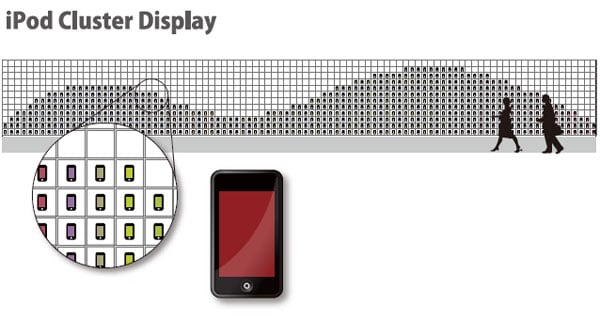 I really hope there’s an App for that some day real soon.