While most everyone I know has been heading off to get a flu shot, I’d personally rather get injected with a dose of Bioshock’s EVE serum instead of a supposedly dead H1N1 virus grown in chicken eggs. 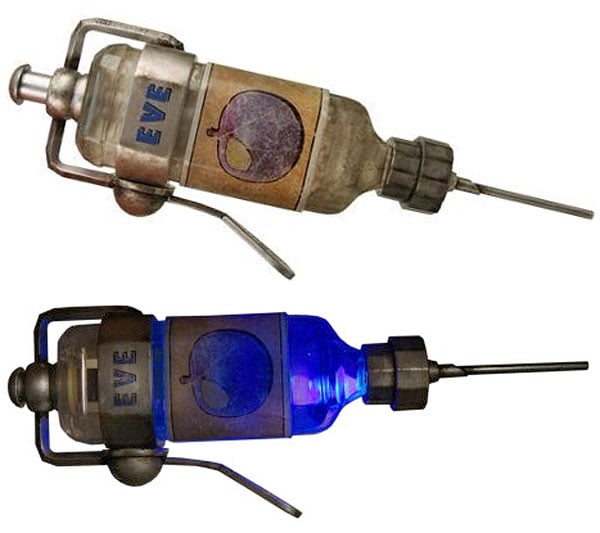 This Bioshock 2 EVE syringe is an exact replica of the nasty looking hypodermic implement found throughout the game. Not only does it look just like the decrepit genetic serum injector, but it glows an eerie blue when the lights go down. Extra-special-creepy there. Nice touch.

You too can get your hands on the EVE hypodermic prop over at UK retailer Play.com for £13.99 (appx. $23 USD). It’s not shipping until January 2010, just in time for the February release of the much-anticipated sequel