This wouldn’t be the first L4D + Xbox 360 combo we’ve featured here on technabob, but I think it’s my new favorite. 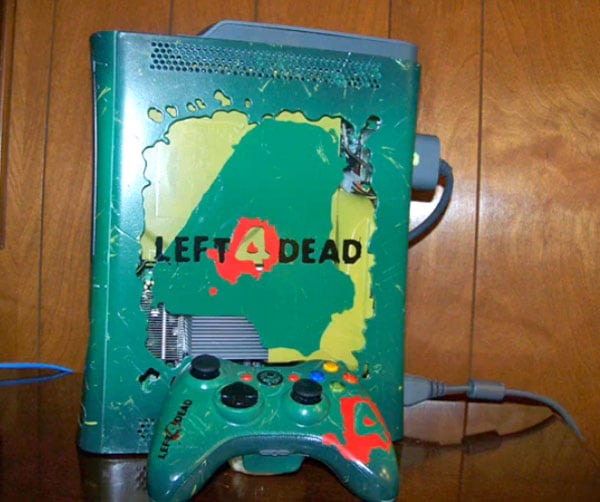 Modder Tjpitbull decked out his 360 with a complete Left 4 Dead inspired look, covering the entire case with a distressed military green paintjob on both the console and controller. And you see that giant cutout “4” from the game’s logo? It’s backlit with bright blood red LEDs when the lights go down – and the most appropriate Red Rings of Death you’ll ever see. 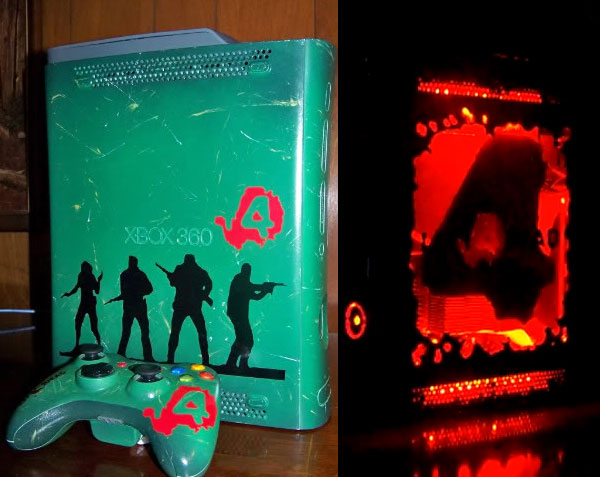 Here’s some video of the glowing red L4D console doing its glowing thing.

I promise I won’t write about any more L4D casemods unless someone manages to make one that looks just like a lifesize Boomer. And then it needs to explode and cover you with a malodorous slime that attracts a horde of smaller 360s.