Anyone who’s played Rock Band knows that the singing part of the game is quite forgiving, in the sense that you don’t have to know the right words to the song. In fact you can just moan and groan throughout a song, as long as you moan and groan on key. YouTube user MsFrizzyHair takes that advantage of the glitch (if you could call it that) and doesn’t even speak at all, instead using her flute to hit the notes. 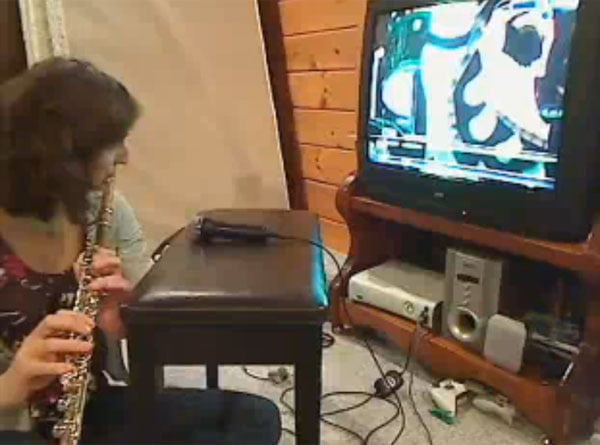 Watch MsFrizzyHair flutin’ out on Avenged Sevenfold’s Afterlife on Expert. Yeah weird choice right? But is there a song in Rock Band that would go well with a flute?

98%! Nice. Also, notice how she can’t seem to keep her eyes open when she talks? She must be a silent driver.