Staunch loyalists of either Apple or Windows will not approve of the romance between Mic & Mac, two machines who fall in love with each other despite their differences. The Pixar-like video, created by a certain gverstraeten, is quite old but it’s still dawwwwwww-inducing. 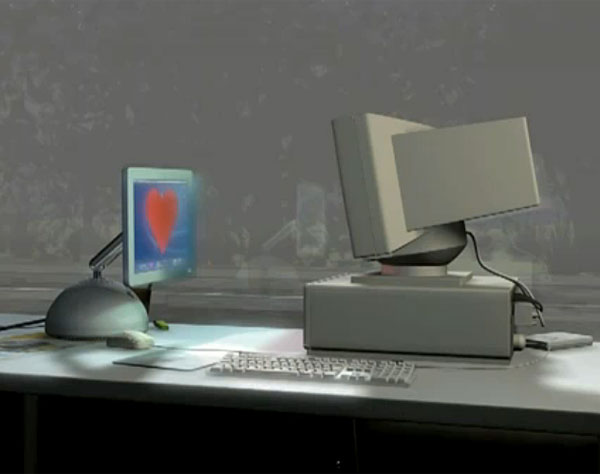 While Apple zealots will no doubt deem the classic gray PC as too ugly even for the old iMac, it’s actually Windows & PC fans who will be more insulted in the video. Watch it and look at Mic’s (that’s the PC) third wooing gimmick to see what I mean.

I bet that last kid’s name is Psystar.

Stormtrooper Vision Test Tries to Get to the Bottom of Things