Hey, Look at That: Drum Hero

Activision has a real obsession with heroes… at least, the musical kind. They’ve just filed a trademark for Drum Hero. But can’t we pound on plastic drums already? In several different ways? I guess it really needs its own brand. Of course, a new trademark doesn’t mean the game is coming, just that they want to have the name around, in case… but it also means that I’m allowed to shake my head in disgust. And I love beating on plastic drums! 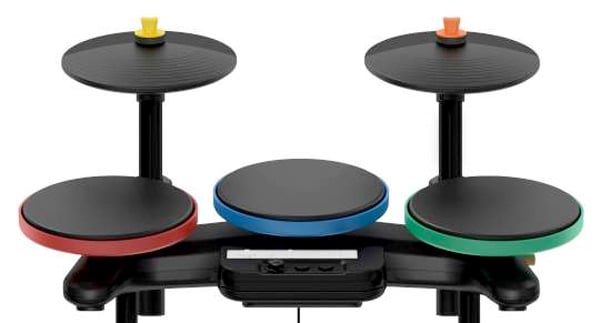 Is anyone else waiting (hoping?) that Activision will expand beyond music? What about, say, Baking Hero? Accounting Hero? I mean, if we’re trying to make sure we appeal to all interests here, maybe we should think about expanding. Just a notion, Activision. You don’t have to thank me.

I don’t know about anyone else, but I’m just kicking back and waiting for the YouTube videos of kids playing DJ Hero, Guitar Hero, and Drum Hero all at the same time through creative use of appendages not typically employed for playing music. It’s gonna be epic.