Gundam Gun Ballpoint Pens Might Blast a Hole in Your Paper

Fans of the classic Japanese Anime series Gundam will recognize these familiar items. Except instead of firing deadly projectiles, these miniature weapons fire ink onto paper. Well, they don’t really shoot ink, they just write like any other ballpoint pen. But they sure do look cool doing it. 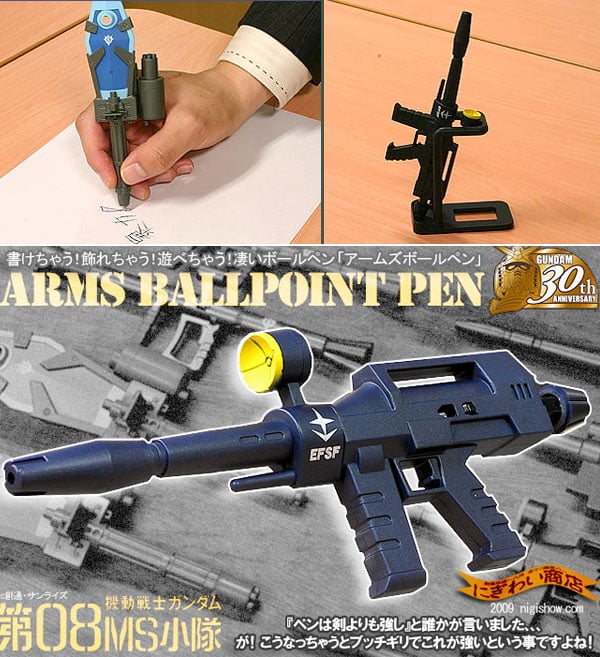 These Gundam-inspired ballpoint pens are being released as part of the 30th anniversary celebration of the series, and come in a variety of different styles. While I’ve always enjoyed the graceful, destructive force of a beam rifle, I have to say I’d really like to show up to all of my meetings carrying a pen that looks like a 280 mm Zaku bazooka. I only wish it would fire tiny little rocket-propelled grenades at the guy who creates a 50-page PowerPoint deck that actually has only two bullet points that actually mean anything. 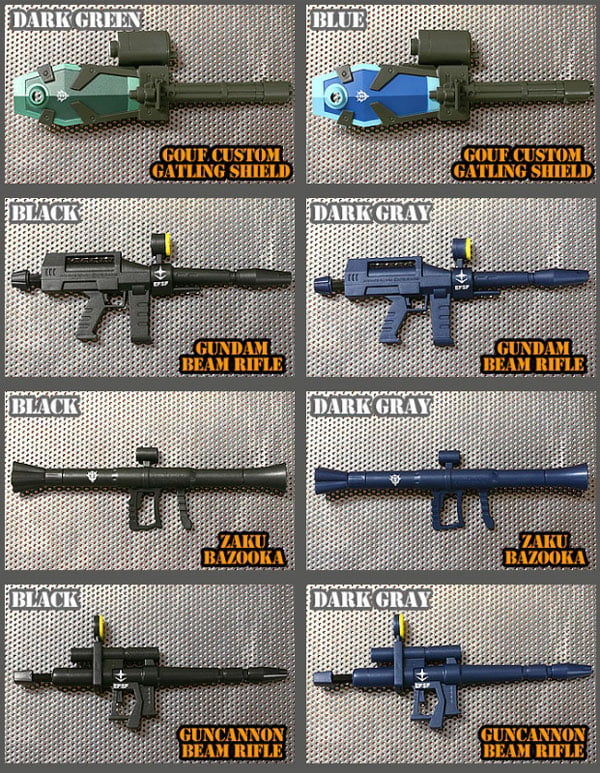 Gundam Ballpoint pen weapons sell for ¥990 (appx. $11 USD) each. You can grab the entire collection over at StrapyaWorld now, but you’d better move fast before they sell out.