Nintendo’s wildly popular Smash Bros. franchise is a dimension-shattering, world-colliding crossover in itself, but deviantART member Nakabeast added another delicious layer of nerdity by assigning Dungeons & Dragons alignments to some of the series’ most popular characters, like series newcomer Solid Snake: 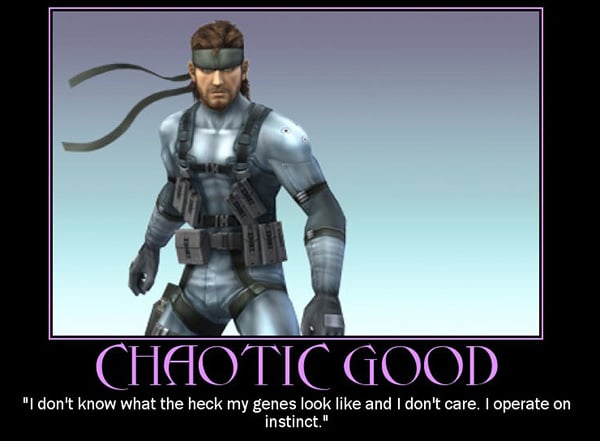 If you think about it, Solid Snake can’t really be anything but Chaotic Good. But I’m sure some of the other entries will ignite forums and websites with warring geeks, disputing the accuracy of the assignments. Oh, Nakabeast, you thought you were merely making a fun poster, didn’t you? You don’t know what you’ve started. 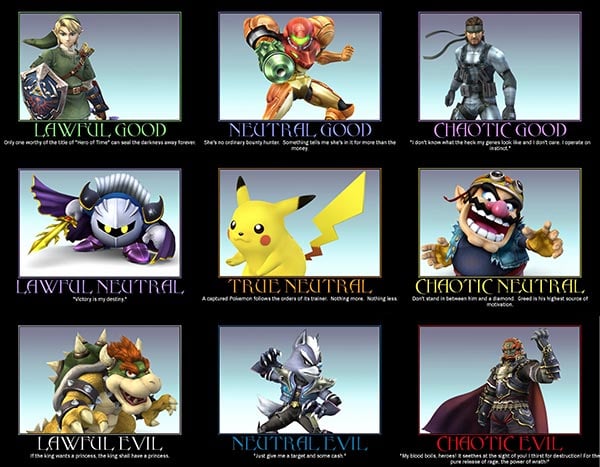 For example, a bunch of jokesters at Reddit point out that Link bashes pots, steals from shops and beats up helpless poultry and so he can’t be Lawful Good. Also, how the heck does Koopa embody Lawful Evil? Download the full-sized version at Nakabeast’s deviantART page, grab some food and drinks and your AD&D rulebooks, and start debating!