Check Back Into the Hotel Dusk [Nintendo Ds]

If you like adventure games, things that are pretty, or just having an interesting experience in general, then listen up: maybe, just maybe, there’s gonna be a sequel to Hotel Dusk, the gorgeous graphic detective game. In Japan, the game was known by the snappy title Wish Room: Angel’s Memory, and the Japanese sequel is set to feature the stunning title Last Window: Midnight Promise, but $20 says any localized sequels will just be called Hotel Dusk 2: Subtitle Here. 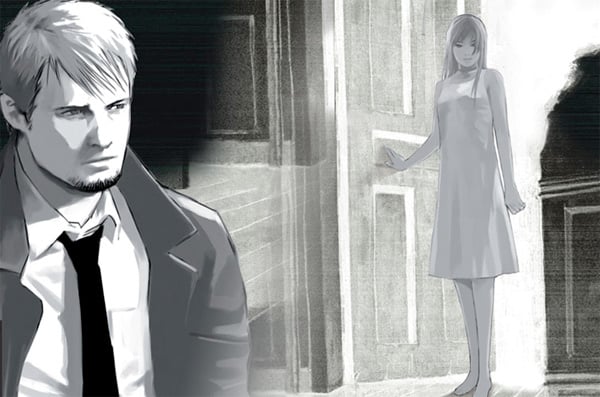 Oh well. At least we’ll be treated to more of the game’s beautiful art… and it’s not like there’s anything wrong with the title Hotel Dusk!

The sequel is due in Japan in January, and of course, there’s no word yet on localization, but the first game was well-received and developer Cing has a following here. Nintendo published the first game themselves, so I’d be willing to bet someone will take a chance on bringing the further mysterious adventures of Kyle Hyde to parts outside Japan.