Space puns ftw! NASA recently released a free iPhone app that promises a ton of content for space fans, including mission details, videos, images, and twitter feeds. The mission portion is probably the geekiest part of the app, allowing users to read mission details, view launch or arrival countdown clocks, and even follow the orbit of certain spacecraft. 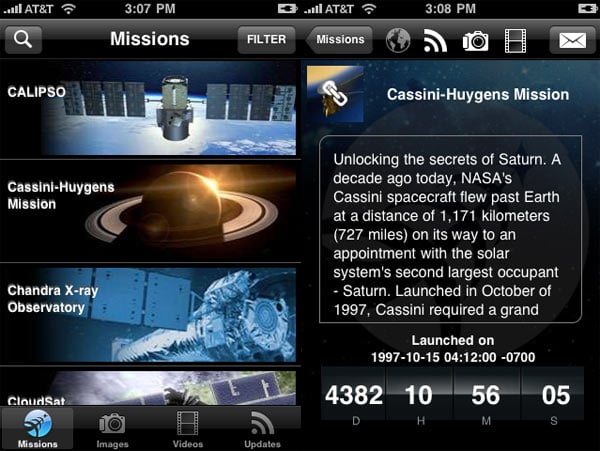 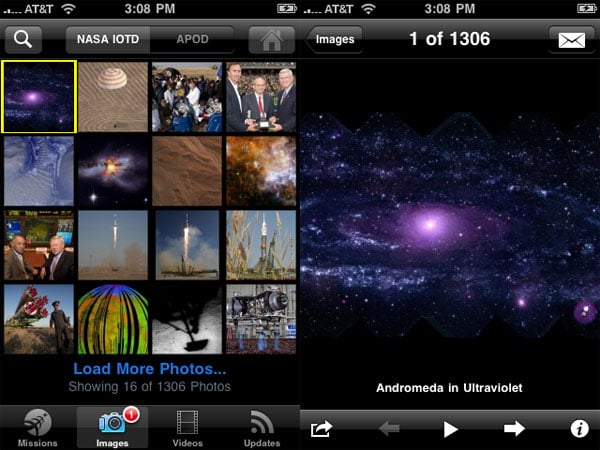 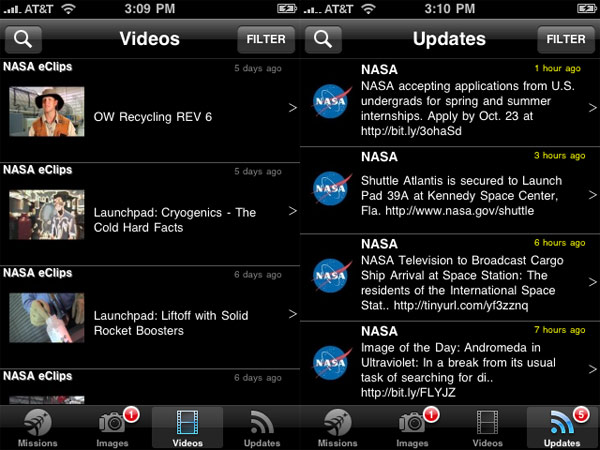 Check out the app’s official page for more info. If you have an iPhone or iPod Touch, you can download it here (iTunes link). Do you think the other government agencies should come up with their own apps? I wonder what the IRS app would offer.