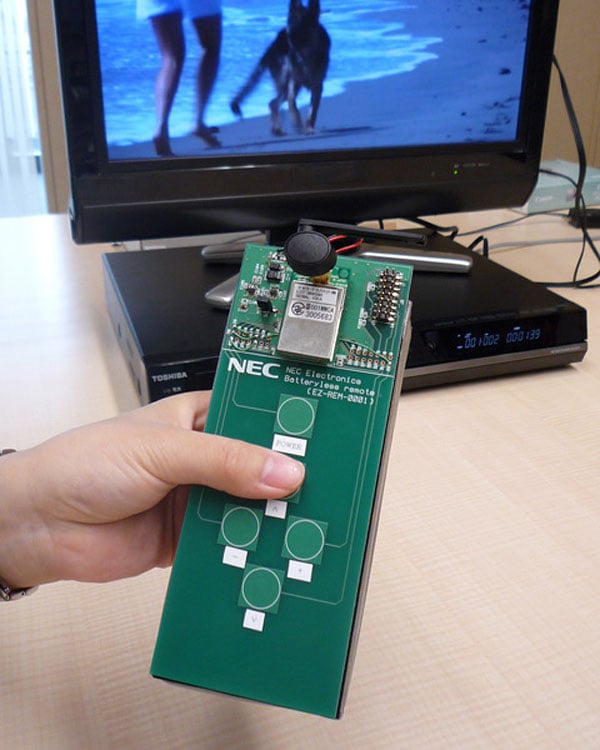 This unassuming looking prototype might not look like much, but it’s actually the EZ-REM-0001, the very first remote control to require no batteries at all. Power to the remote control is generated using the tiny vibrations caused by pressing the buttons on the face of the remote. The device uses a combination of a sound vibration power generation device, an RF remote control, and a specialized power supply that can drive the circuit with very little power. This new technology was developed as a joint-venture between Japan’s NEC Electronics and Soundpower.

While this might not seem like much, the notion of powering your electronic gadgets simply by using the power generated through button presses is pretty groundbreaking. Perhaps someday we’ll see other devices that can convert your physical movements into renewable energy for electronics. While I don’t know if vibrations will ever generate enough power to send radio waves, you might someday juice up simple electronic devices by simply pressing the power button.