Fuji Instax Camera Prints Tiny Pics for $1 Each, Will Really Make You Treasure Your Captured Memories

Remember the PoGo? That’s Polaroid’s modern-day take on their classic instant cameras. The PoGo lets users edit pics before printing them, or you could save the pics and upload them to a computer later on. Fuji’s Instax instant camera has half of the functionality of the PoGo at half the price, which seems like a fair trade at first glance, plus the Instax looks way cuter than the PoGo. But the Instax film is quite expensive – $20 (USD) for a pack of 20 exposures. Damn. Let’s have a closer look at the Instax; I’ll leave it up to you to decide if it’s worth the long-term costs. 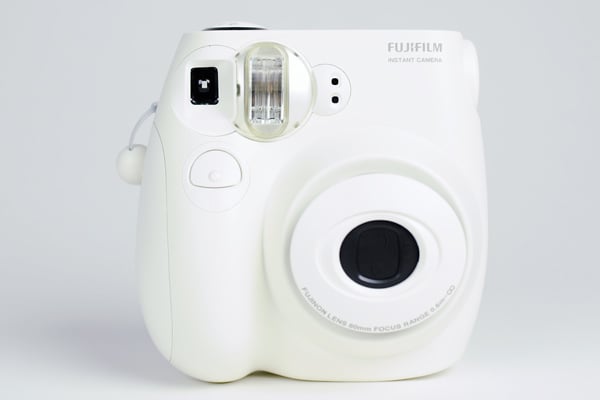 Measuring 5″ x 5″ x 2.5″, the Instax is a chubby white thing, like a marshmallow or a cloud. It looks friendlier and more playful than most other cameras. The cute camera prints cute pictures too – wallet-sized pics that have the classic thick border popularized by Polaroid. Note that it can only print pictures of that size, so if you want bigger pics then you’re better off with a conventional cameras. Here’s a sample of pics taken and printed on the Instax: 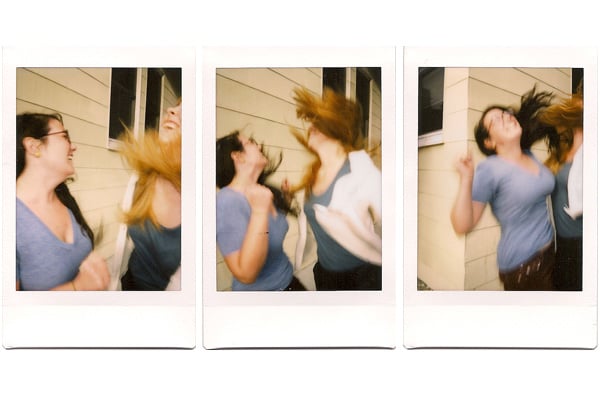 What’s funny is that the Polaroid PoGo actually prints borderless pics, which makes the Instax more of a spiritual successor to the old Polaroid cameras than the PoGo. 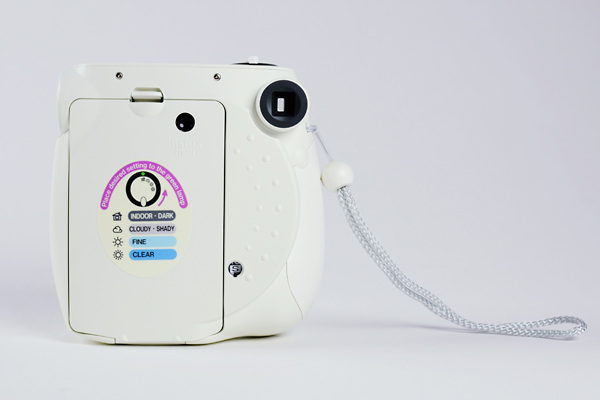 The Instax has a wide-angle lens, a built-in flash, and four exposure settings. Basic features, but then again Fuji isn’t marketing this to serious photographers, and a simple feature set helps keep the price down. The large bay at the back of the Instax houses the film cartridge. 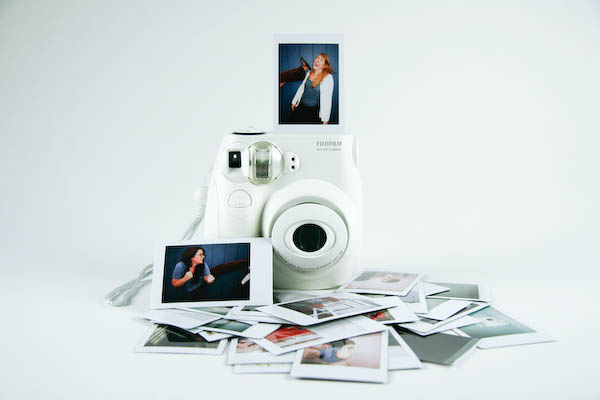 Note that I have not used the Instax (or the PoGo), and I don’t know how much it costs to print digital pics where you live, but for me the short & long term costs of the Instax are just way too high. Photojojo is selling the Fuji Instax instant camera for $90 (USD), but if you’re going to get one you might as well go for the camera + film bundle which costs $105, and save yourself $5. As I said earlier, the film costs $20 for a pack of 20 exposures, which I’m sure most people will use up in no time at all.  Three packs of 20 exposures are also available for $55.