After a long day of immersed in a round of Uncharted 2, sometimes it’s nice to take a break from those cinematic next-gen 3D graphics and get back to basics. And there’s nothing quite as primitive as a good old game of Pong. 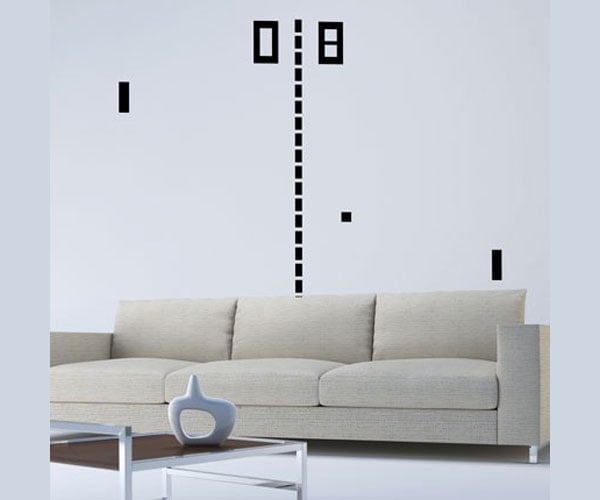 These wall decals let you transform any wall into a larger-than-life Pong screen. They’re perfect for video game and media rooms, and will look great alongside your PS3, Xbox 360 and Wii. They’re available in a variety of colors, and the set sells for $55 bucks (USD) over at VinylWallDesign’s Etsy shop.

And what’s with the eight-to-nothing score? Did somebody’s paddle break?