Earlier this year we featured modder Jonathan Berg aka Dremel Junkie‘s Wall-E casemod. Now he’s back with a 20-inch iMac G4 with touchscreen capabilities and *gasp* a bag of hurt a Blu-Ray drive. 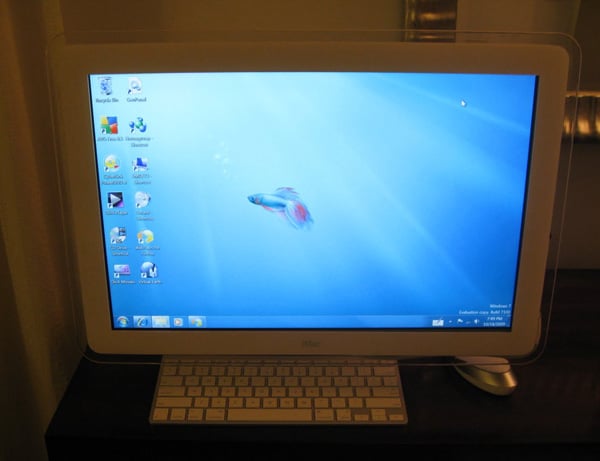 Berg encountered a couple of problems while modding the G4, the first being the proprietary connector that the iMac monitor uses to connect to its controller. He remedied it by installing a shelf on the back for the new connectors. He then installed a surface acoustic wave touchscreen, saying, “its high resolution does not distort the image at all.” 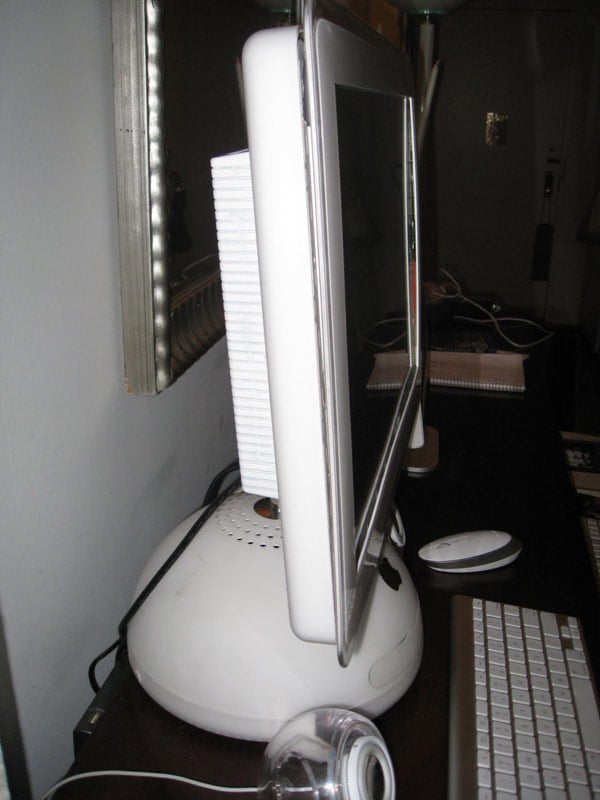 The second problem was the lack of real estate in the base of the iMac: “I initially wanted to make it a Core 2 Duo all in one. Unfortunately, there is a lot less space in there than you think. Its very impressive how Apple constructed it. because it was convection cooled, the parts literally stacked on top of each other. They fit together like a puzzle. The disk drive alone probably takes up 70% of the volume in the base.” He states the solution to this problem more vaguely though: “I decided to keep the computer separate.”  But if it’s proof you need, don’t worry, Berg’s got it all on camera:

Although we all know that a conventionally oriented desktop touchscreen monitor would be a pain to use for more than a few minutes, I think Berg still deserves a round of applause. And major plus points for the Blu-ray drive. But wait! 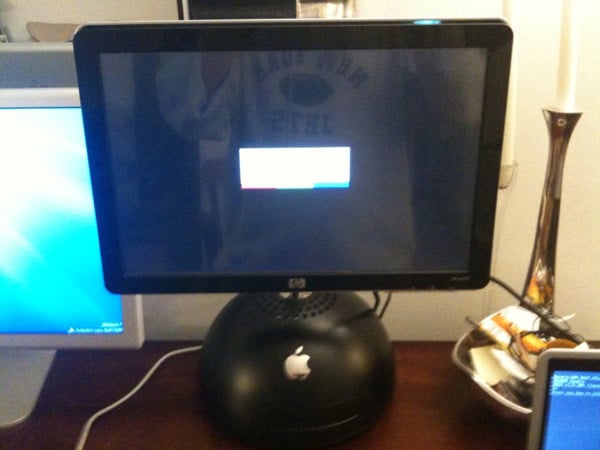 He had some leftover parts and decided to use them to build a “big touch screen remote equipped with Windows 7 Media Center and a convenient blu-ray player hooked up to my HD TV.” This time he used a 17-inch HP monitor and painted the whole thing black. The touch screen is resistive, which according to him is less sensitive and operates at a lower resolution, but that’s okay Mr. Berg. You turned a white iMac G4 into a black touchscreen Windows Media Center remote control. If that’s not modding then I don’t know what is.