When I think of the word “boombox,” it usually conjures up visions of a massive luggable stereo, powered by 8 “D”-Cell batteries, riding along on the shoulder of some urban youth, while Boogaloo Shrimp does his best poppin’ and lockin’ to the rhythm. My, how times have changed. Here’s the 21st century version of the boom box. 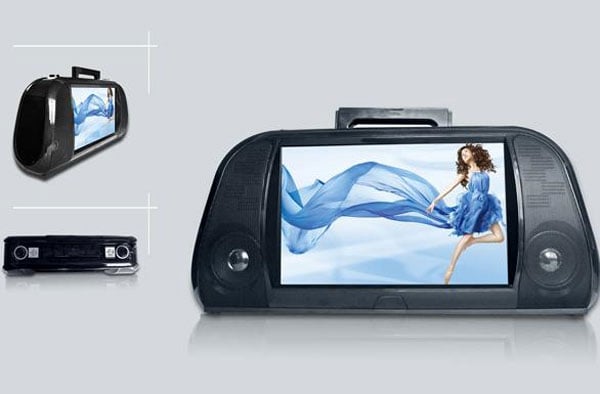 At the front and center of Hyundai’s portable boombox is an oversized 12.1-inch LCD monitor. The spec sheet says the screen is 1280 x 800, but from the pictures I’ve seen, I’m not sure that’s really the case. It’s not like you’re going to be watching Hi-Def video on this thing anyhow. Unlike the classic ghetto blaster, these new compact stereos are all about the image, and not the sound. As a matter of fact, the speakers on this boombox have taken a serious backseat to the screen. 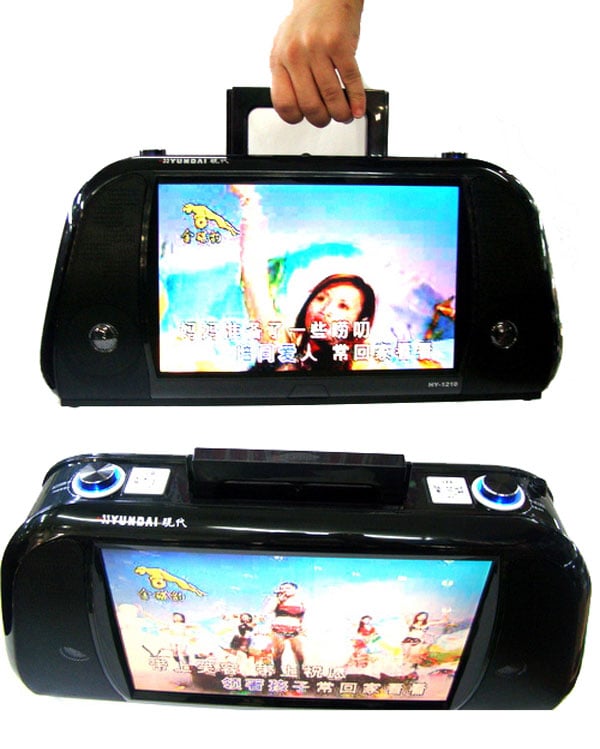 The Hyundai HY-1210 is all about watching movies and TV – not listening to your jamz. The portable has a built-in DVD player, and can play content in VCD, DVD, CD, CD-R, JPEG, MP3, MPEG-4, AVI formats. There’s even a Karaoke feature built-in so you can sing along. And if you don’t have any DVDs lying around, there are USB and SD/MMC/MS slots for watching media stored on digital memory devices. And there’s a VGA connector on the back for some reason too. I can officially say this is the first boombox EVER with a VGA port. 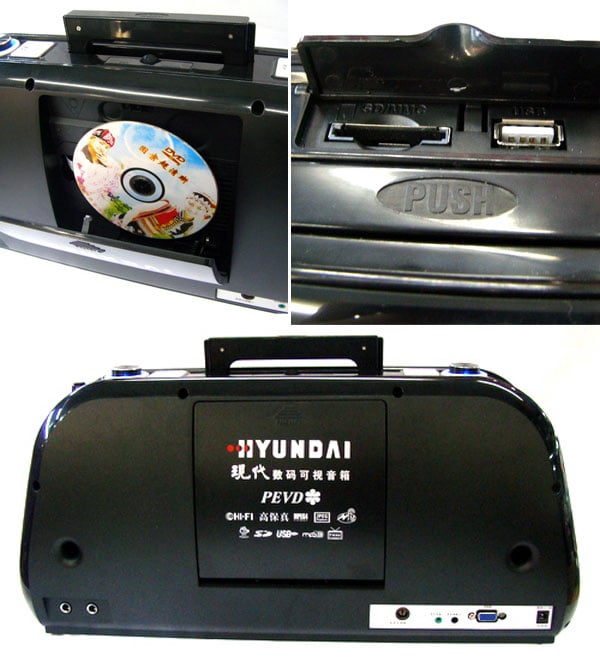 Unfortunately, the TV tuner is analog, so you won’t be able to tune in stations in many parts of the world. At least you can listen to the FM radio when you’re not watching those Harajuku girls on screen. And with a 10-watt per channel stereo amp under the hood, audio actually isn’t that bad. One other technological advancement – this boombox only needs 8 “C”-Cell batteries – so we have made progress in the last 25 years or so. Maybe by 2035, we’ll have OLED boomboxes that run on 8 “AAA” batteries. 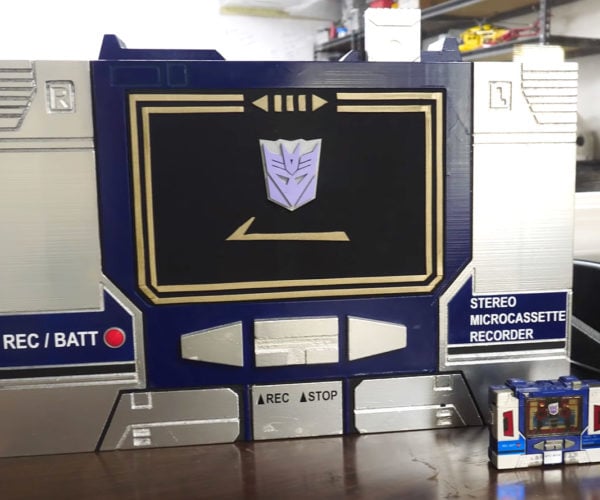 Making a Table Out of Matches