Snaefell Hybrid Car-Motorcycle: Why? Why Not?

What’s red, shiny, goes fast, and looks like a vehicular accident? The Pontiac Aztek, that’s what. I’d rather have the Snaefell, François Knorreck’s lovingly handcrafted car-motorcycle hybrid. It’s easier to think of it as a motorcycle with a car-like sidecar, because I don’t think that you can drive – or steer – with the car half. 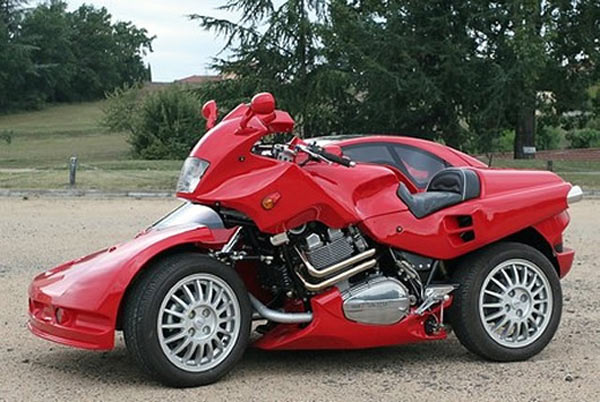 Knorreck reportedly spent 10,000 hours and €15,000 (approx. $22,300 (USD)) to build this one of a kind vehicle. The Snafell is a combination of a Laverda motorcycle which Knorreck bought in 1976 and had already modified to be a sport bike, and the custom-built carbon fiber and polyester sidecar. The sidecar’s parts were culled from various automobiles, including a Volkswagen Golf GTI,  a Citroen Xantia and an Audi 80. 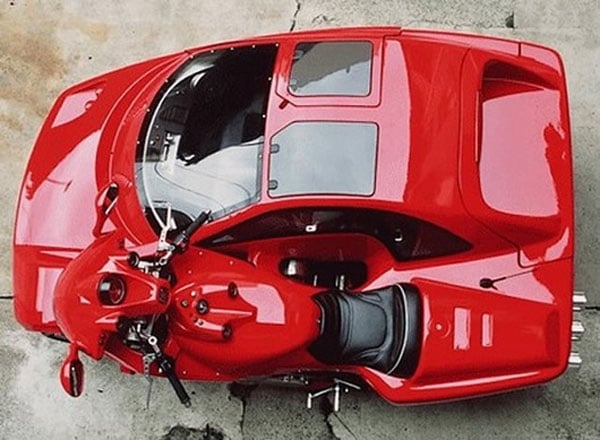 The Snaefell – which incidentally is also the name of three volcanoes in Iceland – is powered by the Laverda’s 1000cc engine. I barely know anything about vehicles, so I don’t know if the triple exhaust is necessary, but damn if it doesn’t add to the quirkiness of this ride. 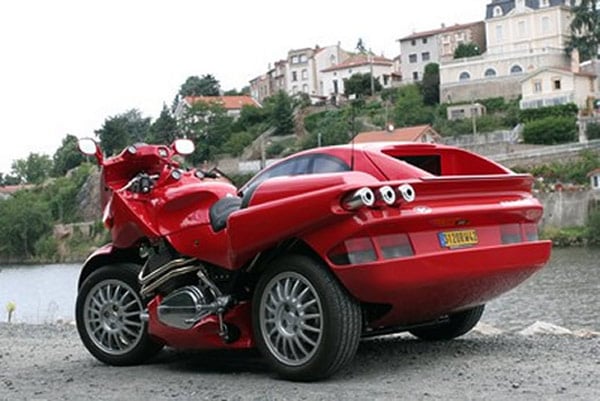 The sidecar has a gull-wing door and has a car seat, complete with seat belts. Say what you will about the Snaefell, but it’s sidecar might just be the most comfortable and safest one on the planet.

There should be more pics at Knorreck’s website, I just don’t know for sure because Internet fame has brought down the site. I really want to see it in action! Man this thing is weird.