If there’s anyone out there who still thinks that video games are for kids, here’s something to look at: a student named Matthew couldn’t answer one of the items in his math quiz, so he drew a Pokemon on his test paper instead. … Are you still with me? Okay. Now, Pokemon trainers – roughly 45% of the human race – know that Charizard is a fire Pokemon, and thus is weak to water-based attacks. Guess who’s also Pokemon trainer? Matthew’s teacher. 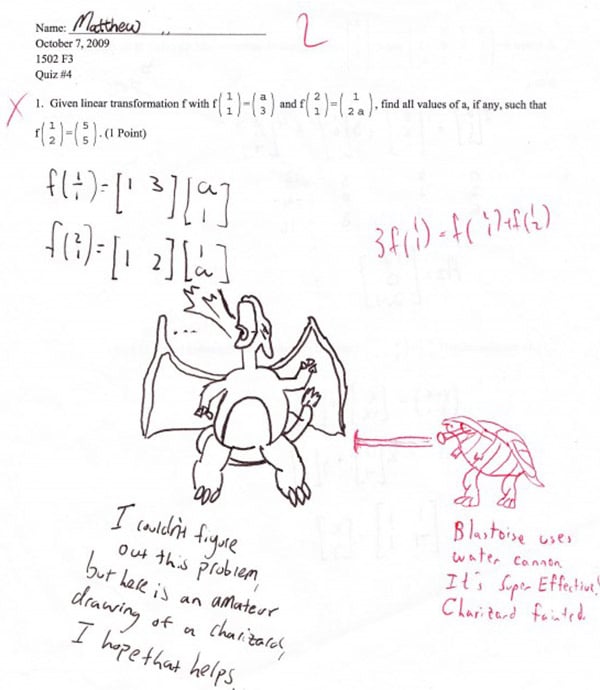 “I hope that helps.” Uhm, no Matthew, it doesn’t. Or did you already know that your teacher was fond of Pokemon? You sly devil you.

[via Geekologie via the bbps]