A Proper Sequel for Puzzle Quest

Now that Gyromancer has continued what Puzzle Quest started, Infinite Interactive is set to steal back their throne with a sequel to the cult-favorite RPG/puzzle hybrid. Life just got a little sweeter… at least, for me. 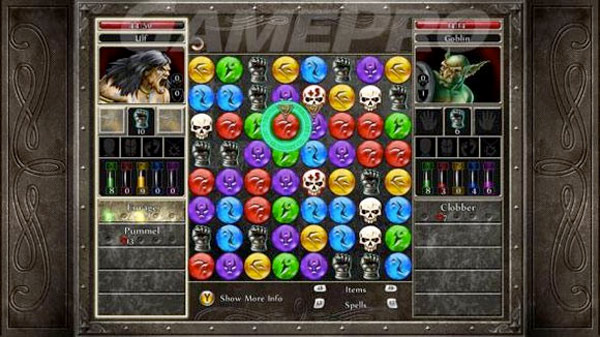 GamePro has the details on the forthcoming sequel, but they’re not ready to give ’em up just yet. From the image, it looks like the interface is going to be a little more straightforward and the graphics a little more slick… but really, all that matters is that you can match gems and kill dudes without getting all complicated as with their last game, Galactrix. The sci-fi setting was cool and all, but the beauty of Puzzle Quest was that you just matched gems and threw some spells around. It’s a most satisfying way of killing ghosts and goblins.

No more information as yet, but I’ll tell you one thing: if you own some sort of electronic device, you’ll probably be able to play this game. I’m surprised they didn’t release a Game Boy version last time.