When I think of how I might get a record to play continuously, I think back to my childhood and all those stupid square cut-out records you got inside MAD Magazine or on the back of a box of Super Sugar Crisp and had to tape a penny to in order to keep them from skipping. Inevitably, those records would get stuck in a groove and play the same sound-bite over and over and over again. 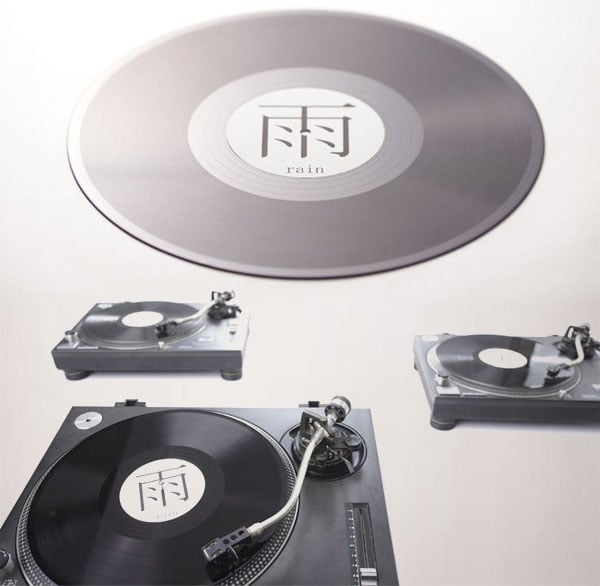 This new record from the guys at Japan’s Kyouei Design was actually intended for continuous play. The Endless Rain Record is designed with a special spiral grooves that keeps the sounds playing in a perfect loop. Side one of the disc features a 10 minute long loop of rain, while the flip-side has a series of five loopable “drop” sounds. 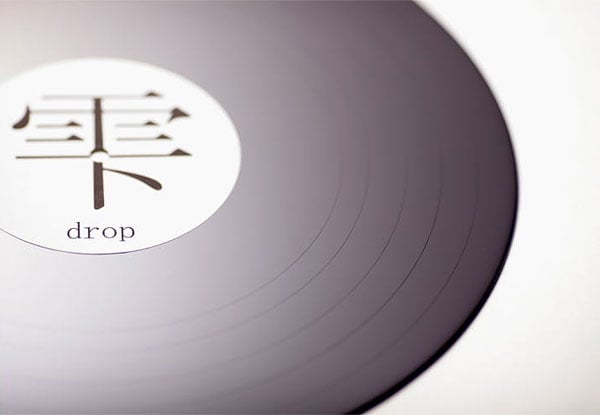 The designboom shop sells the Endless Rain Record for $39 (USD). Fill up a room with 3 or 4 turntables, and you’ll have a virtual rainforest. I suppose if I ran a spa or a funky urban boutique hotel, it might be cool to have a bunch of these records playing at once. Sure, there are plenty of  iPhone apps that generate white noise and nature sounds – but they don’t look as cool doing it.