I must start out this post by saying that I rarely trust artist’s renderings of gadgets before they’re released, as they’re almost never what the real thing looks like. That said, this new media player LOOKS pretty slick from the concept renders, but I haven’t found any photos of the real thing. 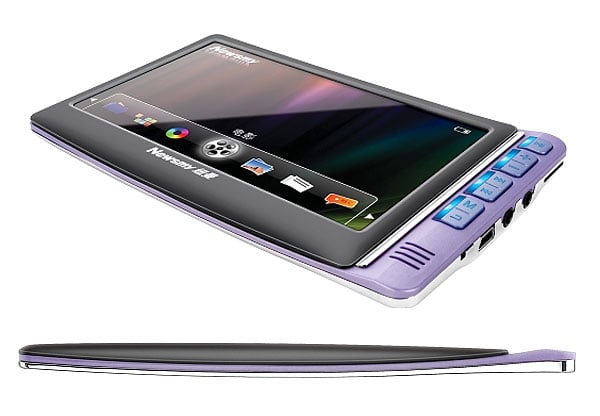 The Newman Newsmy A18HD (nice name there) is a new media player out of China, which claims to offer a spectacularly svelte 9.8mm thick form factor (which is a couple of millimeters thinner than an iPhone at it’s thinnest point). In addition to its striking looks, the A18HD has 16GB of built-in memory, and sports an oversize 5-inch, 16-million color LCD display.  The device can play videos in 720p resolution,  but the screen’s resolution is an underwhelming 480 x 272, so you’ll want to connect the included component video cable if you have any hope of playing back your flicks at higher resolutions. 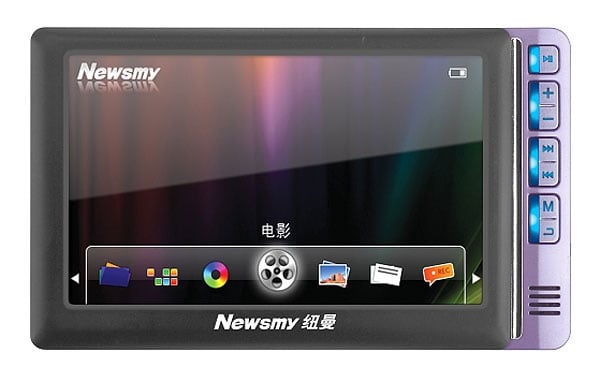 Audio formats supported include MP3, WMA and FLAC, while video can be played in RM, RMVB, AVI, and FLV formats (although I’m not sure if you need to do any conversion first, which is often the case with cheap Chinese media players). The A18HD also supports what Newsmy is calling “64-bit games” – whatever those might be. I doubt you’ll be playing your old N64 titles on here, but I could be wrong.

If you’re willing to take a gamble on one of these, head on over to Ownta.com, and plunk down your hard earned $142.71 (USD). I have a funny feeling that none of the instructions are in English.