Scientists in the Netherlands managed to create artificial meat using muscle cells extracted from a live pig combined with “a broth of other animal products”, which allowed the muscle cells to multiply and form muscle tissue. Yummy. But the scientists still have quite a ways to go from producing bacon in a petri dish. 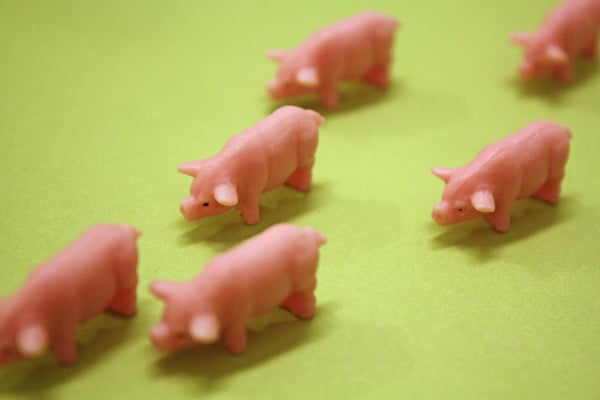 The artificial meat is described as “soggy pork”: “What we have at the moment is rather like wasted muscle tissue. We need to find ways of improving it by training it and stretching it, but we will get there”, says Mark Post, professor of physiology at Eindhoven University.

Exercising pig muscles when they’re not attached to the rest of the pig? – Quite a stumper indeed. I don’t know how far this experiment is going to go, but if it succeeds this is going to cause drastic changes worldwide. Meat may become cheaper, but at the same time a lot of people could lose their jobs if we don’t need to rely on live animals for meat. Would you eat lab meat?

[via Telegraph via The Presurfer]