Harry Potter fans will no doubt remember the Weasley’s strange but practical clock. Instead of telling the time, the clock showed the location or status of each Weasley, including “mortal peril” at the 12 o’clock position. A software version of the clock would be awesome enough, but someone with mad workshop skills went ahead and made a physical version of the clock that relies on good ol’ muggle technology to work. Behold the Magic Clock: 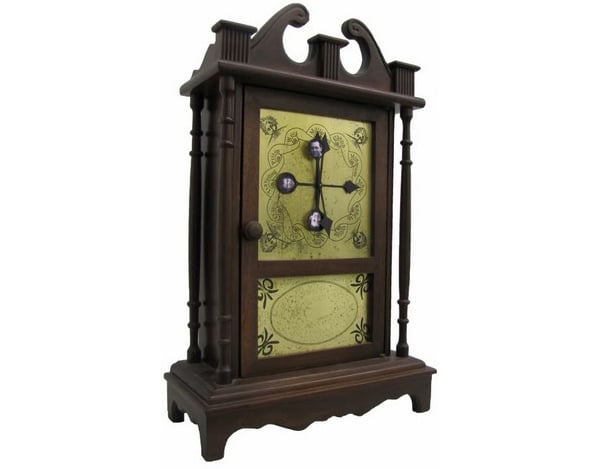 A friendly family debate between an old nerd versus his geek offspring resulted in a real version of the useful but fictional device. The nerd in question goes by the Picasa Web name Slip, and his two sons the geeks, who love the Harry Potter series. After championing science and engineering over magic, the ultimate argument being “they actually work” (like that’ll convince kids), Slip felt that he needed to show his kids something tangible to drive his point home, so he made the Magic Clock. 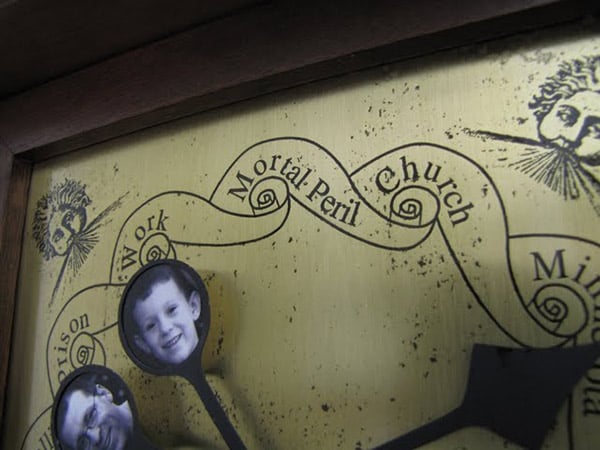 While the outside of the clock – an old clock body with brass plate face and hands – looks handsomely aged, any self-respecting nerd will tell you that it’s the innards that count. The clock is powered by a Seeeduino microcontroller board; a wireless router allows it to move the four servos to position the each of the clock’s hands to the appropriate status or location based on Slip’s Twitter updates. The clock will look for keywords that correspond to the ones on the clock face. If no match is found, then the hand will point to “Read Me” at the 4 o’clock position. 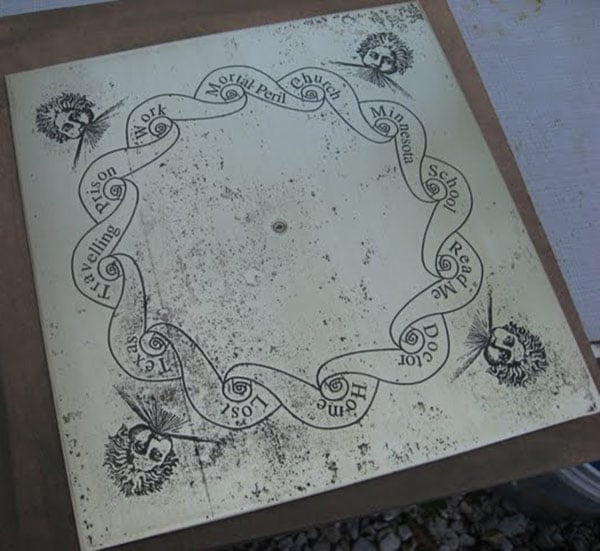 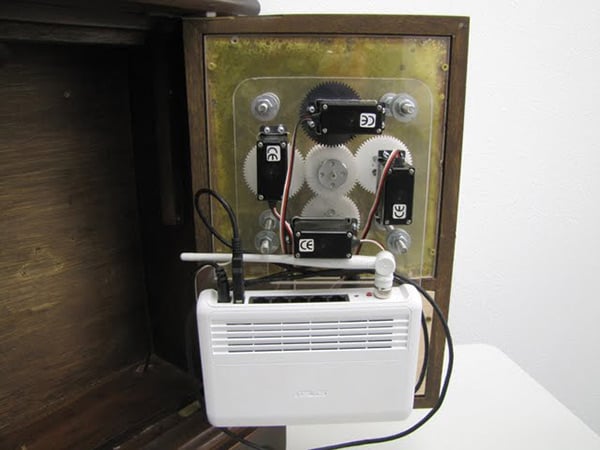 It took an insane amount of imagination and effort to make this clock. If you’re interested in the details check out the Magic Clock’s website for Slip’s exhaustive how-to. I’d like to think that while working on the clock, Slip – in a moment of weakness – wished that he could just whip out a wand and poof the damned thing into existence.