The design minds over at mintpass are at it again. One of their latest conceptual gadget creations is the Mint Cube, an unusual retro take on the modern MP3 player. 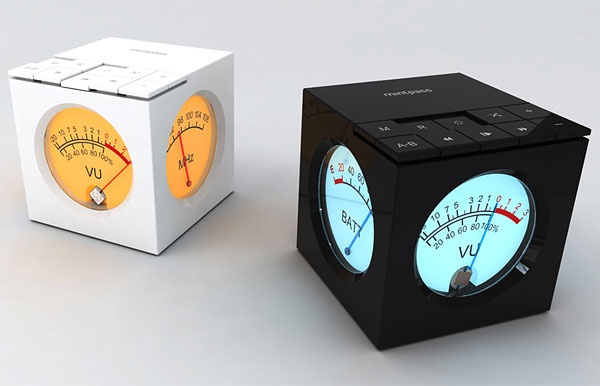 The 2-inch Mint Cube features a striking cubic design that’s punctuated by large analog meters on three sides of the cube. One gauge is a traditional VU meter, another tells you how much battery life remains, and the last one tells you what station the built-in FM tuner is dialed to. The gauges each have a bright backlight, which makes them easy to read in the dark. 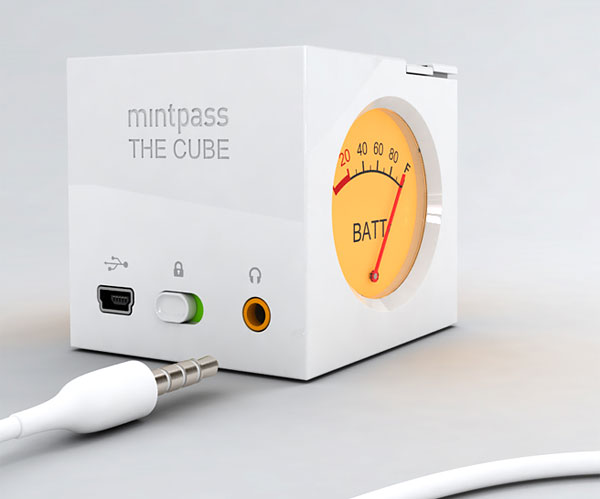 On the top of the player are ten deep-set analog buttons, like the ones you might find on an old Sony Walkman. Press in the MP3 button and it stays in place until you press FM button, which pops the MP3 button back out. Very retro indeed! 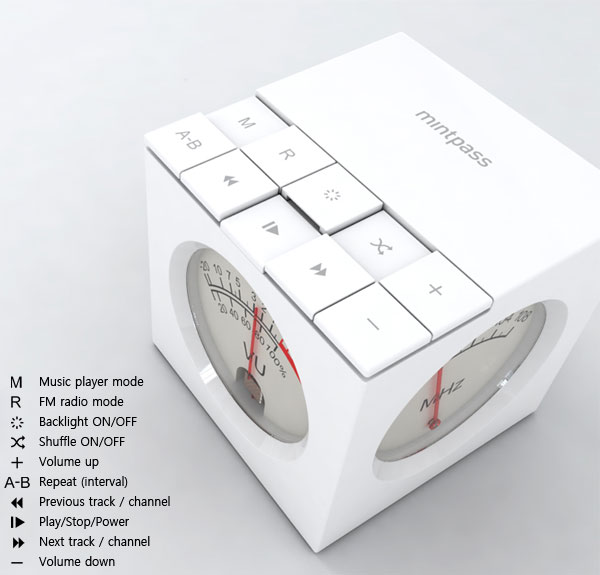 Now mintpass says they designed the Mint Cube with men in mind, but I don’t see any reason why they can’t be for cool girls too. Geeks don’t discriminate! If only these things actually existed, then guys and girls could both buy them. For now, enjoy the virtual gadgetry.