Zoozen Overcase Turns Your Xbox 360 in a Big Black Behemoth

It looks like accessory maker ZooZen are working on a new case for the Xbox 360 which would let you give your 360 a whole new look without ever having to crack open your existing shell. 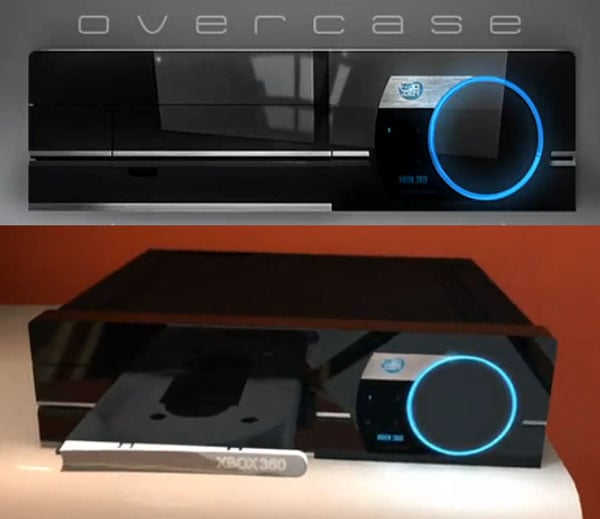 The guys over at MaxConsole.net got their hands on a leaked video from ZooZen’s R&D department, which shows off the concept design for the Overcase. This unusual case snaps around the front, sides and top of your 360 and converts it into a glossy black beast, complete with bright blue accent lighting and a couple of extra fans to keep things cool. Check out the video clip below to see more of the Overcase…

What do you guys think? Ugly or beautiful? I know that these days, bigger isn’t really better (except when it comes to flat screen TVs), but I think I like the styling of front of the Overcase better than the bland white shell of a stock 360. That said, it looks like they still have to work out some *minor* details – like how to plug anything into the front USB and Memory Unit ports. I’d also be concerned that the whole thing might overheat, even with the extra fans.

No word on if and when the Overcase will come into the real world, but word on the street is that it will retail for only about $50 (USD), so it might just be worth a try.