Get It While You Can: Homebrew Smash Bros for the Ds

Here’s betting this won’t be around for long, with Nintendo’s itchy cease-and-desist finger, but for now, the homebrew Super Smash Bros Rumble game for the DS exists, and it’s definitely worth checking out. 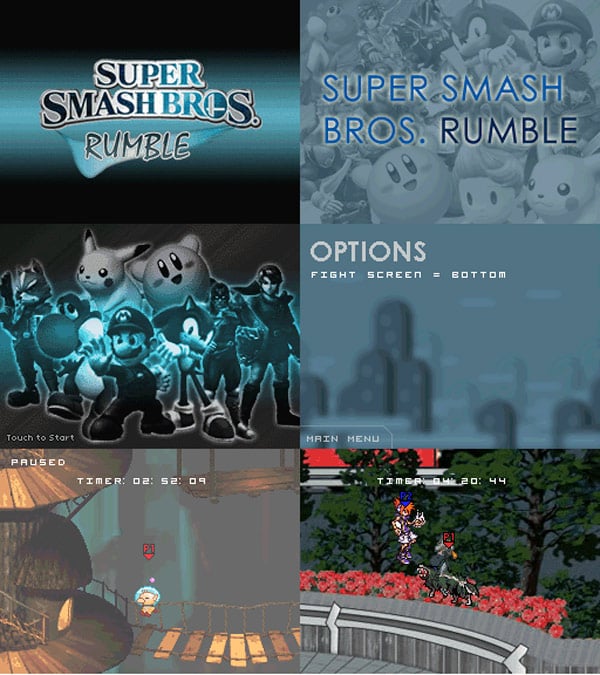 All jokes about the mighty fist of Nintendo aside, SSB Rumble has been around for over a year, and while this latest version is labeled Demo 0.7, there’s a lot to explore in the download. Clearly, a lot of work has gone into the project, and the game manages both a unique flair and the traditional feel of Nintendo’s beloved mascot-pounding game.

The game does tease unlockable characters that are actually unavailable–that’s one of the marks of its unfinished status. But there’s an impressive number of characters already, so if you’ve got a DS and a homebrew cart, you might want to go on a little download adventure.