The guys over at Warnlaser were kind enough to send me a couple of their battery-powered laser pointers to play with and I wanted to let you guys know – lasers are fun! 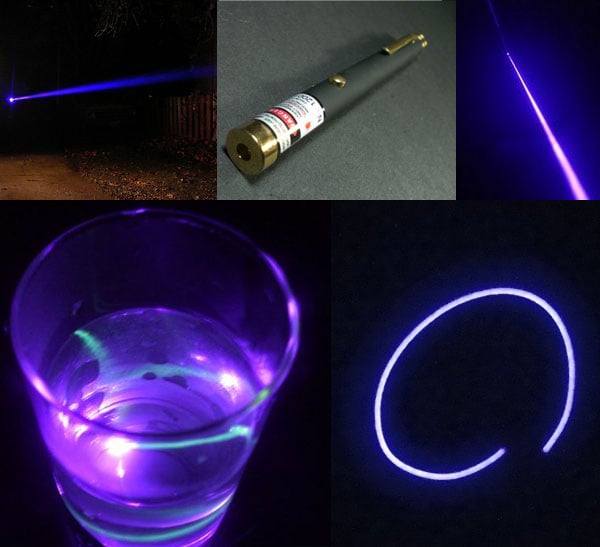 Now these aren’t those cheesy red laser pointers you get at the drug store these days. I had a chance to check out something I’ve never seen before – a violet laser. The 20mW Razor series violet laser ($99 USD) puts out a bright purple point of light which is unlike anything you’ve ever seen coming from a laser pointer. Keep in mind that despite its higher wattage rating and price, the violet lasers are still significantly dimmer than their equivalent green counterparts. 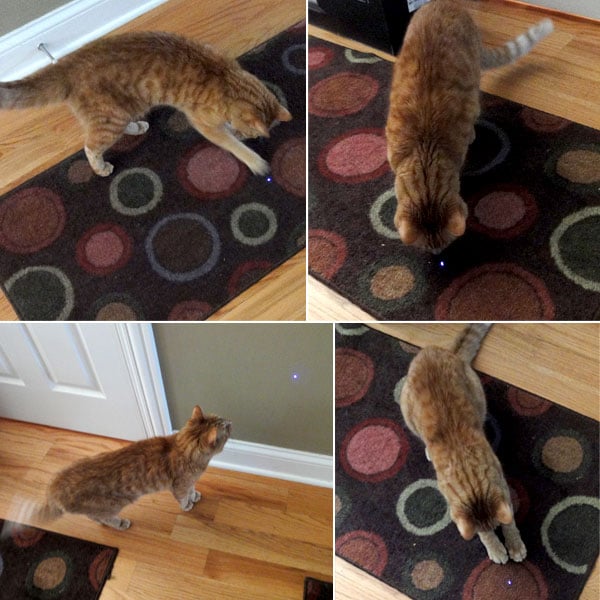 While the 20mW model that I got my hands on was perfect for driving my cat insane, they do offer models all the way up to 200mW, which actually generate enough heat to burn things – or pop balloons…

They also let me play around with one of their intense green laser pointers, and that sucker sure is bright! Despite the fact that the green Tiger series laser is only a low-power 5mW model, this $29 laser pointer emits a super bright beam that can be seen from hundreds of feet away. 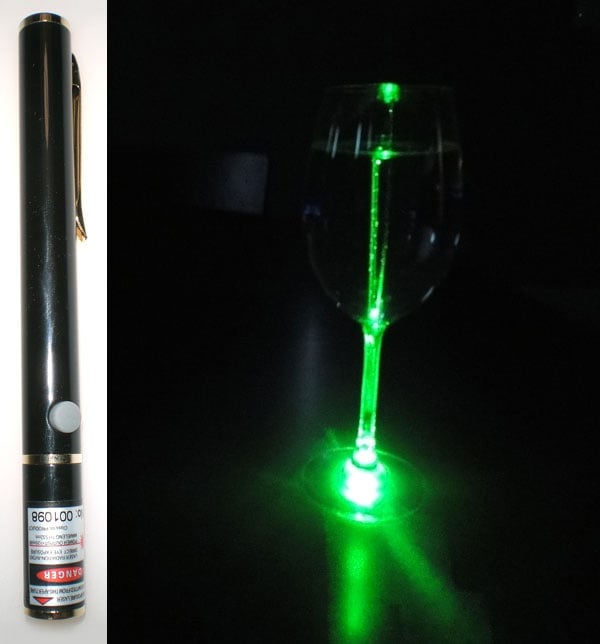 Of course, it’s nothing like their industrial-strength 700mW green laser – also known as the worlds’ most expensive cigarette lighter.

Warnlaser has a variety of other cool laser pointers available in red, green, blue and violet, and prices range from $29 all the way up to $2500 (USD).