The Ewoks (you remember those guys; think Return of the Jedi, spears, grunting, adorable ears) are supposed to be pretty cuddly. They’re like little angry teddy bears… or they were, until they were re-imagined as something a little more square. 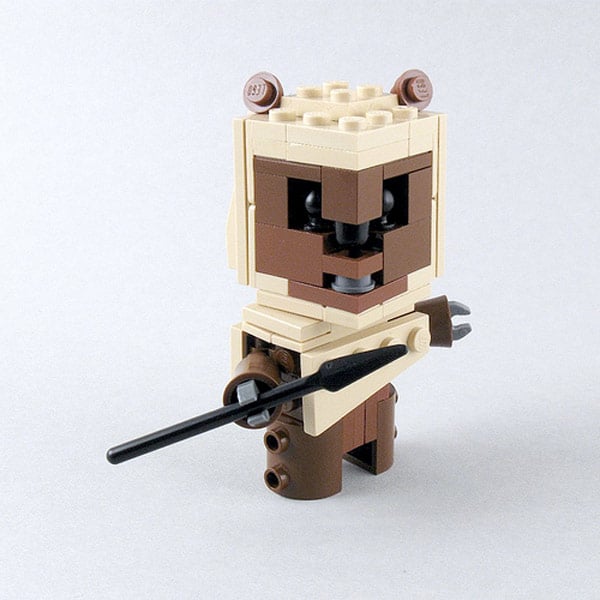 Larry Lars may have sucked all the cuddle out of this little guy, but there was no skimping on detail. From the minifig hands-as-ears to the spear clutched in his little square Ewok hand, this is a pretty faithful rendition. It’s just less round.

You can check out quite a few CubeDude figures on Larry Lars’ Flickr stream, including a slave Leia figure that managed to retain a few of Leia’s, uh… rounder, more cuddly bits. I’m not sure if “huggable” is really the best description, but she certainly seems softer than the poor ol’ Ewok. 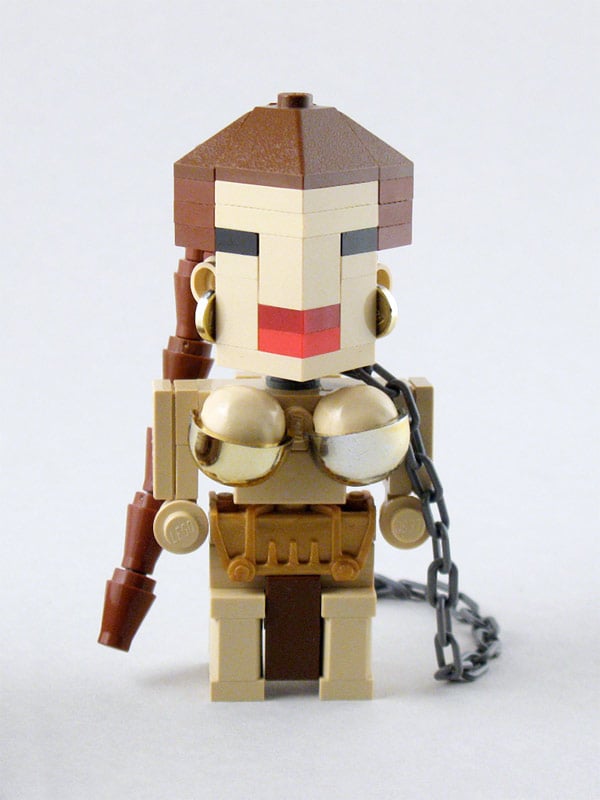