A new species of dinosaur has been discovered at Craftster, and it is adawwwwwrable. I’ll give it the scientific name Facelessthicipus woolysaurus, but you can call it Dinohorsie. 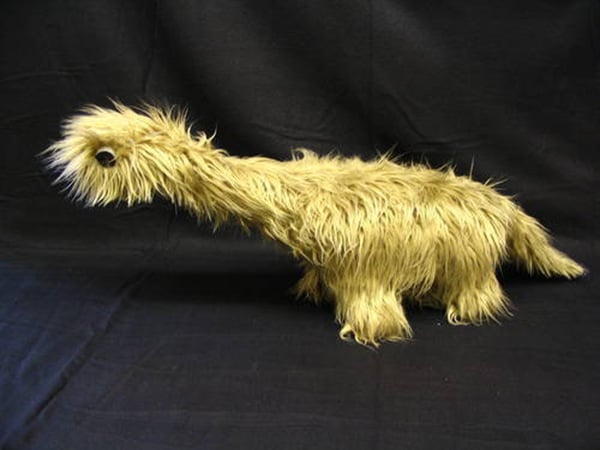 The 2 ft. long Dinohorsie was made by the crazy imaginative craftster sparrowarms : “My daughter has always called Dinosaurs, Dinohorsies which got me thinking: what would a Dinohorsie look like?” A long-necked, faceless wet dog, apparently. But it’s still cute. What’s not cute at all is Herb, Dinohorsie’s buddy, which sparrowarms made from the leftover fake fur. Herb freaks me out so much (and his picture is low-res) that I’d rather you go to Craftster if you want to have a look at his face, which is also his body.