This intriguing hardware/software combo from Japan’s Fairy Devices lets you turn a tablet PC into a veritable “window to the stars”. 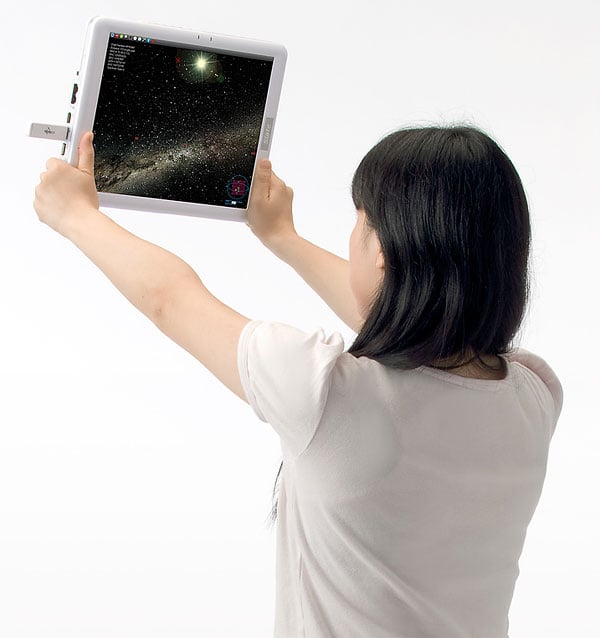 As you hold your PC up and move it around, the highly-sensitive motion-sensor USB module sends position data to the StellarWindow’s planetarium software, adjusting the viewport to match the angle of your screen. The motion sensor module detects both acceleration and earth magnetism on X, Y and Z axes. 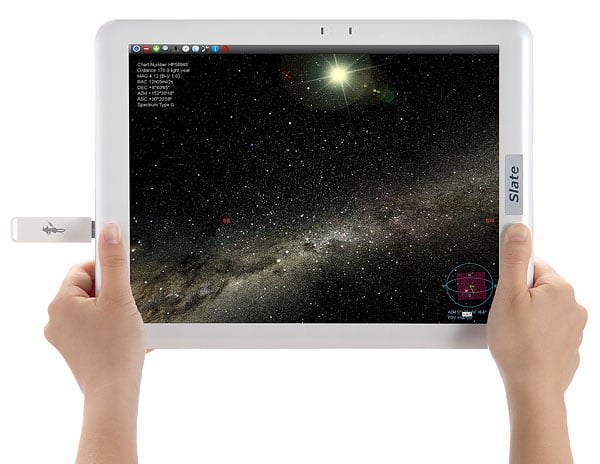 The stunning star maps include a combination of photographic and CGI images, including are over 2.6 million stars and other celestial bodies cataloged and overlayed onto the display. 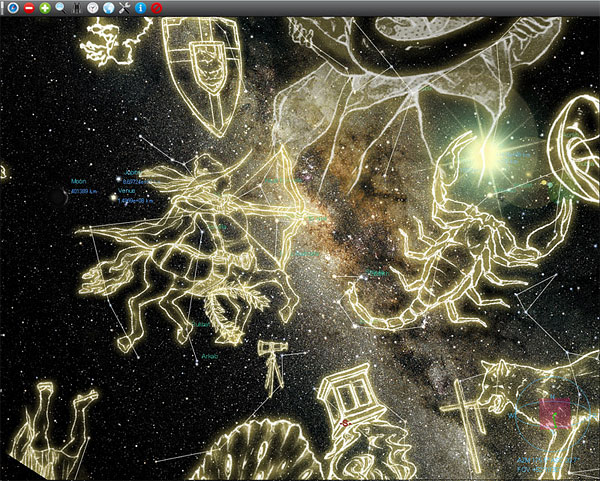 The software also includes a voice guidance capability that helps you position the sensor in the right direction. This video clip really shows off the StellarWindow in action…

If you don’t happen to have a tablet PC lying around, you can also attach the sensor to a pair of binoculars and view the feedback on a connected Windows PC (a Mac OS X version is coming soon). 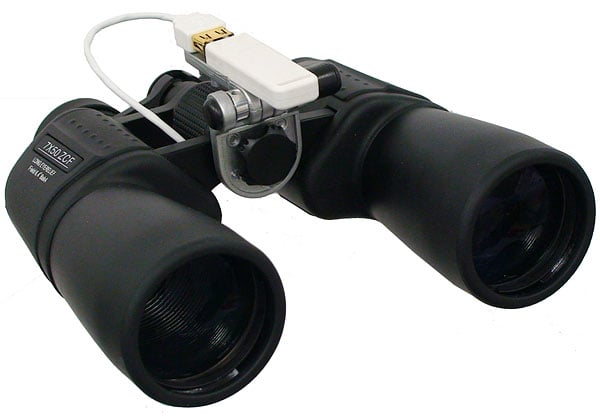 While casual stargazers can do something similar on iPhones with Craic Design’s Pocket Universe, that doesn’t really compare to the high resolution imagery and sheer volume of data you’ll find in this software. If you’re seriously into astronomy, there’s no comparison. Then again, StellarWindow costs 100-times more than Pocket Universe.

Fairy Devices sells the StellarWindow for $299 (USD), but only accepts PayPal. But if you want to pay by credit card, the guys over at the Japan Trend Shop have them for $338 (USD).