Most of the Wii gun controllers out there require that you slap your Wii-mote into some sort of add-on accessory, and usually feature questionable ergonomics. The new Penguin United CrossFire does away with such concerns by integrating their own Wii-mote into the gun itself – which as far as I know is a first. 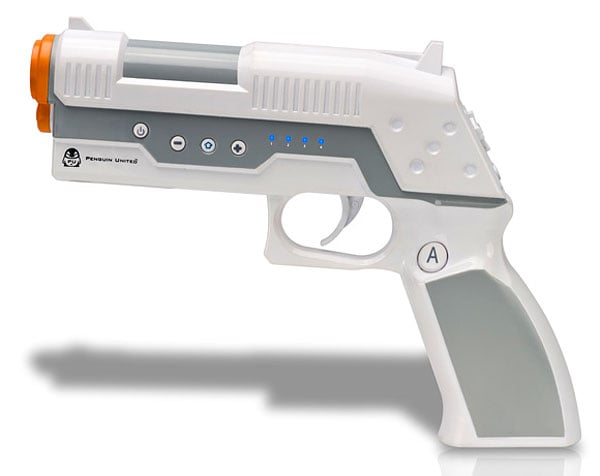 The gun-shaped CrossFire pistol is perfect for playing FPS and other games that require firearms. The controller seamlessly integrates all of the features of a standard Wii-mote (accelerometers, IR controller, speaker, rumble), and provides easy access to a D-Pad and 1/2 buttons on the back of the gun. The gun trigger acts as a “B” button while there’s a conveniently placed “A” button on the side of the gun. There’s also a hidden Nunchuck attachment port in the butt of the gun, but you can’t connect a MotionPlus add-on there.

Nintendo Life has a review of the CrossFire remote up on their site, and you can purchase the gun over at Amazon for $39.99 (USD), which is basically the price of a standalone Wii-mote. If you’re into FPS and other shooter games, you owe it to yourself to check it out.